Is GoTo on the right track? 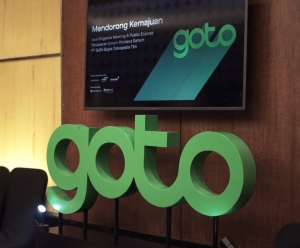 Asia’s platform companies had a great run, but amid a shaky global economy they have no choice but to make substantive changes to their business models. For most of these companies, the biggest problem is that they do not make enough money to offset their costs. Until very recently their primary focus was on user numbers rather than profitability. Indonesia’s GoTo, despite some strong fundamentals working in its favor, probably will have to undergo a painful transition if it expects to thrive in the long term.

Yet it is far from clear if they really work together in a super app. Successful super apps, like WeChat, Alipay and Kakao, were able to build large user bases from either messaging or e-commerce because the apps were unusually sticky. Users in China and Korea also had limited alternatives at the time these apps came to prominence. That is not the case in Indonesia, where most segments of the digital economy are ultra-competitive and companies compete for customers by heavily subsidizing their purchases.

GoTo’s leadership is clearly feeling some heat from investors, though its stock has not performed nearly as poorly as some of its competitors. It was trading at 386 rupiah on June 10, up about 1% from the April IPO. In early June, president Patrick Cao said the company has a “very clear path to profitability.”

If we look only at GoTo’s digital financial services business, Cao is probably right. GoTo is well positioned to serve Indonesia’s large unbanked and underbanked populations. Its first big foray into formal banking, a 22% stake in the incumbent lender Bank Jago, is already paying off. In 2021, Bank Jago had its first profitable year since 2014.

Where GoTo may run into trouble is if it becomes clear that one or more of its core services is a money loser, and burning cash that is no longer so easy to raise. That would undermine the whole super app value proposition, that the path to profitability is blazed by seamlessly linking up certain services – ride hailing, food delivery, e-commerce and fintech – in the same app.

Tags:
More in this category: « The sky may be the limit for Philippine digibanks Ant Group’s Singapore digibank will face considerable challenges »
back to top