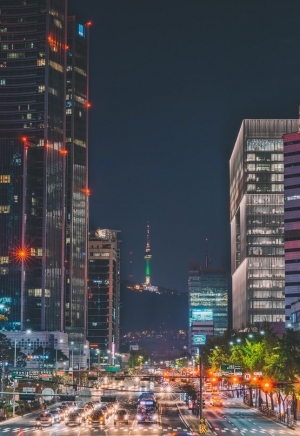 Not even the failure to obtain a virtual-banking license can dampen investor interest in South Korea's fintech unicorn Viva Republica and its digital banking platform Toss. In mid-August, Viva Republica announced it had raised $64 million from a group of investors led by Hong Kong-based Aspex Management. The latest capital injection brings Viva Repubica's total valuation to US$2.2 billion and follows an $80 million funding round in December co-led by Korean investors, Kleiner Perkins and Ribbit Capital.

Toss has steadily gained popularity and broadened its offerings since its 2015 launch as a straightforward P2P money transfer service. It is now a full-fledged financial-services platform in a single app, offering banking, money transfer, dashboard and credit score management.

To date, Toss has been downloaded more than 30 million times and has over 13 million registered users, over a fifth of South Korea’s population, with more than $42 billion of transactions processed.

"Our mission is to provide the best possible financial service experience to users, and we will continue to do our best for Toss to become the only service needed for users’ safe and easy day-to-day financial lives,” Lee Seunggun, founder and CEO of Viva Republica, said in a statement.

But what about achieving profitability? Like many fintechs backed by deep-pocketed investors, Toss doesn't appear focused that objective just yet. A somber analysis by The Korea Times in July suggests that it won't be easy either. Viva Republica's business model has limited growth prospects because it is based on receiving fees for serving as platform for products of other financial firms, the report said. Meanwhile, Viva Republica requires banks to pay fees customers typically pay for fund transfers. It is unclear how long banks will be willing to go along with that scheme, and what customers would do if they suddenly had to pay the fees themselves.

A spokesperson for Viva Republica told The Korea Times, "While we only recently started making sales, the scale has been growing. It is too early to be assessing our performance."

To be sure, Viva Republica could turn out to be a great bet for investors, but its prospects will depend largely on whether Toss can secure a virtual-banking license that would allow it to compete more directly with traditional banks. Korea's Financial Services Commission (FSC) rejected Toss's application in May, citing problems with its shareholding structure and capital-rasing abilities.

The Korean financial regulator noted that Toss lost 44 billion won in the 2018 fiscal year and appeared skeptical that the company could meet its stated fundraising goal of more than quadrupling Toss Bank's current 250 billion won in cash to 1.2 trillion by 2022.

More in this category: « Is Myanmar in danger of returning to FATF's money-laundering watchlist? Will Laos's new AML policies be effective? »
back to top