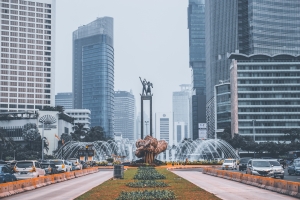 The P2P lending sector in Indonesia is red hot at the moment. Among KoinWorks' competitors are Akseleran, Investree, Reksadana, Amartha, and Modalku. It also competes with Singapore-based Funding Societies, which is using a $25 million capital injection it received last year to expand across Asean. Also, Singapore-based Validus Capital, raised $15 million earlier this year and announced its plan to enter Indonesia this quarter.

P2P lending has surged in Indonesia over the past year on the back of robust demand from both small and medium-sized enterprises and the consumer market. New research by The Economist Intelligence Unit (EIU) and Mastercard shows that P2P platforms in Indonesia transacted roughly US$1.4 billion in 2018, compared to just US$20 million in 2016.

P2P lenders are using advanced technology like artificial intelligence (AI) to evaluate the creditworthiness of loan applicants. AI-powered algorithms can crunch thousands of data points in seconds to determine whether a loan applicant is likely to fulfill his/her debt obligations or not.

In the EIU/Mastercard report, Ivan Tambunan, chief executive of Indonesian P2P lending platform Akseleran, said that the company's non-performing loan rate is just 0.5%, compared to an overall industry average of 2.5%. Most Indonesian banks are not yet using AI and other advanced technology to evaluate loan applicants' creditworthiness.

Meanwhile, Indonesian regulators, mindful of how a largely unregulated P2P lending industry wreaked havoc in China, are preparing to introduce stricter regulations to manage risk. We expect that the regulations, if overly strict, could constrain growth in a dynamic segment of Indonesia's fintech industry. However, it is important to keep in mind that Indonesian regulators are aiming to pre-empt large-scale disaster - along the lines of China's most infamous P2P scams - not implement damage control. The early stage of P2P lending in Indonesia gives Indonesian regulators flexibility their Chinese counterparts did not have by the time they decided to crack down.

"The P2P industry in Indonesia appears set to continue its growth as more foreign and domestic investors enter the market. These investors should be ready to respond to a dynamic regulatory framework," SSEK Indonesian Legal Consultants noted in commentary published by Lexology in May.

While the timeline of the regulation remains uncertain, it will very likely "introduce stricter requirements for companies involved in the P2P lending sector," SSEK said.

More in this category: « Would-be Korean challenger banks regroup after applications rejected by FSC Can virtual banks give HSBC a run for its money in Hong Kong? »
back to top