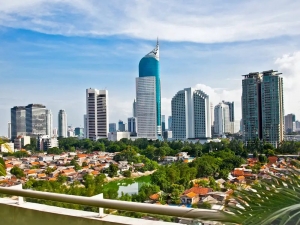 As Southeast Asia’s largest economy, Indonesia is among the most important market in the region for the financial services sector. With that in mind, Indonesia’s steady adoption of digital banking represents a huge market opportunity for both fintechs and incumbent banks engaged in digital transformation.

A new McKinsey report shows the speed at which Indonesia has adopted digital banking in recent years. The survey found that 78% of Indonesians use digital banking (via a mobile banking app or web-based) at least once per week, up from 57% in 2017. 55% of respondents say that they cash for less than 30% of transactions per week and 80% expect to maintain or increase their level of digital banking in the future.

The report has some foreboding – but not expected – findings for incumbents. Indonesians are moving away from reliance on physical bank branches, with only 55% saying that they visit a branch at least once a month. In 2017, 81% did. 7 in 10 customers are willing to consult with bank staff remotely, but most Indonesian incumbent banks are not yet equipped to provide such services.

These findings augur well for Indonesia’s increasing number of digitally-inclined lenders. Unlike the clear-cut pure-play digital banks of Hong Kong and Singapore, Indonesia has a wide variety of lenders that are somewhere in between. BTPN launched an online-only bank in 2016 called Jenius; DBS launched Digibank in 2017 and UOB rolled out TMRW in 2020. Some market observers insist these are “digital banks,” but we prefer to think of them as the digital banking arms of established incumbents.

Gojek-invested Bank Jago, Sea-backed Bank BKE and Alibaba-backed (through its investment in Akaluku) Bank Neo Commerce represent a second type of Indonesian digital lender: an erstwhile incumbent bank that will be rejigged as a neobank by Big Tech. Compared to the digibanks spun off from incumbents, these lenders will be more agile and able to benefit from the network effect of their respective ecosystems. For instance, the Bank Jago brand will remain, but will integrated seamlessly into the Gojek app. Bank BKE can likely be integrated with Sea’s Shopee, the top e-commerce platform in Indonesia by several metrics. Bank Neo Commerce (formerly PT Bank Yudha Bhakti Tbk) will undoubtedly benefit from its affiliation with one of Asia’s preeminent tech companies.

Meanwhile, Indonesian regulators are steadily implementing new rules to facilitate the growth of digital banking. Under rules promulgated in August, foreign entities can now hold up to 99% of a local lender, up significantly from the previous 40% limit. By raising the capital requirement to set up a new bank to at least 10 trillion rupiah (US$695 million) from 3 trillion rupiah previously, the OJK is ensuring that only the best capitalized firms will foray into digital banking.

More in this category: « Toss Bank off to a fast start, with a few caveats Singapore’s largest banks post solid Q3 earnings »
back to top