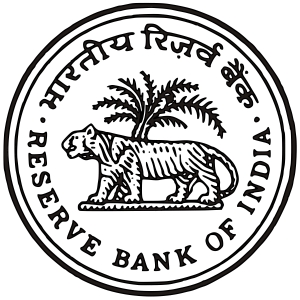 India's fintech sector has surged over the past few years, with deal value reaching $2 billion in 2018. India now has more than 2,000 fintech startups, compared to less than 750 in 2014. Most Indian fintech startups are in the payments and lending segments, a boon for the subcontinent's under-banked population. Given the importance of fintech to financial inclusion in India, Delhi is preparing to launch a regulatory sandbox that would ensure that the industry develops stably. In late March, Reserve Bank of India (RBI) governor Shaktikanta Das said that the RBI would publish the guidelines for the creation of a fintech regulatory sandbox in the next two months.

“The RBI’s working group on fintech and digital banking suggested the introduction of a ‘regulatory sandbox/innovation hub’ within a well-defined space and duration to experiment with fintech solutions, where the consequences of failure can be contained and reasons for failure analyzed,” Das was quoted as saying by The Hindu.

Indeed, India's need for a sandbox differs from developed markets like Singapore, the UK and Taiwan. In most cases, the sandbox's goal is to spur financial innovation that might not otherwise occur if incumbents had their way. The stakes are higher for India, where more than 190 million people over the age of 15 don't have bank accounts, according to the World Bank and Global Findex Report. That number is greater than the combined populations of Thailand, Vietnam, Cambodia and Laos.

Analysts urge India to use the sandbox to empower risk-taking startups eager to resolve the nation's financial inclusion conundrum. "These start-ups face low chances of success and the presence of incumbents and hard-coded legal rules and procedures don’t make their task easier," noted a November 2018 commentary in the Indian financial daily Mint. "Thus, creating institutional frameworks that enable them to test their socially beneficial business cases is imperative."

A January commentary on the website of CNBC TV 18 points out some of the challenges India will face developing a fintech sandbox. On the one hand, the country has a "complex legal regime and absence of accessible regulatory guidance." To be sure, the Reserve Bank of India has announced plans to streamline requirements and processes for entering the nation's financial sector, but skeptics worry those efforts could be insufficient.

A particular concern is the requirement of a banking license to operate in the Indian financial sector. It would be better, analysts say, if the RBI could allow unlicensed fintech firms to participate in the sandbox, in addition to licensed banks and payment systems providers. "This would allow complete collaboration between stakeholders and help achieve inter-operability in new products from the get go," the commentary says.