How would Sea use a Singapore digital bank license? 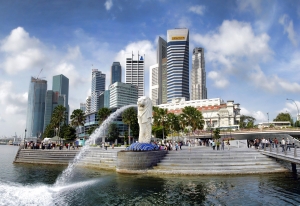 Consumer internet company Sea is in many ways the ideal candidate for a Singapore digital full bank license. It has a trio of digital services: the gaming arm Garena, the e-commerce platform Shopee and SeaMoney, which focuses on digital financial services. All that's missing is a digital bank license that would allow NYSE-listed Sea to offer full-fledged banking services to the many users it has across those three core businesses.

Tencent-backed Sea is an ascendant company. Its stock rose more than 250% last year and has kept right on going in 2020 despite the pandemic-induced downturn. In July, Sea reached a valuation of S$52.2 billion, passing DBS Group's S$49.4 billion to become Singapore's most valuable public company.

Although Sea remains in the red, investors are nonetheless enthusiastic about the company's prospects. Garena is on the cusp of profitability, while Shopee is growing fast. In the first quarter, Sea's revenue from e-commerce and other services increased 104% to US$266.5 million while gross orders on Shopee rose 111.2% to 429.8 million.

Shopee is not only a top e-commerce platform in Singapore but also in the rest of Southeast Asia's major economies: Indonesia, Vietnam, Thailand, Malaysia, and the Philippines, and Taiwan. That provides Sea with an ideal pathway into region-wide digital banking.

While SeaMoney calls itself one of Southeast Asia's leading digital financial service providers, it is essentially an e-wallet that operates under different brand names across the region, including AirPay and ShopeePay. Pairing an e-wallet with an e-commerce platform is a tried and true formula that worked for eBay/Paypal and Taobao/Alipay.

However, e-wallets are a dime a dozen these days, especially in fintech-forward Southeast Asia. And there are more than a few strong players. SeaMoney has to vie with GrabPay, GoPay, Ovo, G-Cash, Boost and Momo, to name a few. The easiest way to lure away business from competitors is with customer subsidies, like cashback, but that's costly. SeaMoney will burn quite a bit of cash if it has to subsidize customer acquisition across so many markets.

With a digital bank license, Sea would undoubtedly still spend on customer acquisition, but it could offer much more than just payments. Being able to take customer deposits and serve as a lender would give Sea an edge over its e-wallet competitors. To the many millennials using its gaming and e-commerce services, it would be convenient to have a bank account with Sea as well. While not exactly a super app, Sea already has the type of digital services that can keep users in its ecosystem for extended periods. Gaming and e-commerce are sticky. Between that and ride hailing, Grab's core service, Sea's main offerings are more conducive to rapidly scaling a digital bank.

Just about every applicant for a digital bank license in Singapore says it plans to focus on underserved market segments, namely millennials and SMEs, but with its gaming and e-commerce arms, Sea is well poised to actually do so.

At the same time, Sea is a listed company. The cash it burns leaves a clear trail, unlike that of elusive unicorns. That could give the company an edge over some of its competitors with valuations calculated in private markets.

Sea spelled it out clearly in a January press release that announced its application for a DFB: "We already have hard-wired in our operations the rigorous standards of corporate governance that will be essential to running a successful digital bank, and the robust financial strength to support our long-term commitment to this initiative."

More in this category: « Grab boosts fintech services, downplays profitability Kapronasia's Support for Singapore’s Fintechs amid the Covid-19 pandemic »
back to top