How worried should Malaysia’s incumbent lenders be about digital banks? 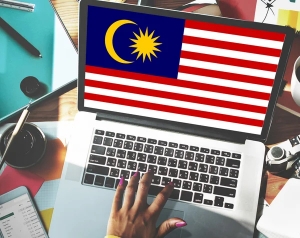 We cannot think of a single Asian market where the arrival of digital banks has upended the competitive landscape. That’s not to say that digital lenders cannot put pressure on incumbents, especially to up their digital game and do something about that clunky legacy IT infrastructure. It is just that getting people to switch banks is much harder than doing the same for say, ride-hailing or food-delivery apps. With the arrival of digital banks in Malaysia, most incumbent lenders will feel some pressure, and consolidation may be in some of their interests, but the big players are unlikely to lose significant market share.

We have said it many times before: As a well banked country (92%), where the majority of the population is financially included, Malaysia is not the easiest nut to crack for digital lenders. The 8% who is unbanked have little or no income. Do they become bankable just because they can access the account totally by smartphone?

That is not to say there are not opportunities for digital banks in Malaysia, but to access them, the new online banks probably need to look more at the underserved/underbanked market segments – those with substantial income but who are not satisfied with existing banking options and would benefit from banking products better tailored for their needs. These market segments could include lower-income consumers and MSMEs that lack the collateral or cash flow required by banks to qualify for credit.

Digital banks are likely to be active in less capital-intensive areas, such as payments and remittances, distribution of third-party investment and insurance products as well as selective lending that can leverage the strengths of their parent ecosystems; for instance, payday loans to gig workers or supply-chain financing for e-commerce merchants.

Meanwhile, it is worth pointing out that Malaysia’s banking sector is crowded as is. Regulators surely did not overlook that point when they made the decision to greenlight five digital lenders. With the arrival of the five new challengers, less-competitive incumbents may have impetus to join forces rather than try to stick it out on their own.

At a mid-August conference, executives from Malaysia’s top investment funds said that the country’s banking sector can benefit from mergers and acquisitions, citing opportunities to cut costs and compete with new entrants into the industry.

"There are still sub-scale banks, as you think about higher compliance costs (and) non traditional competition, you do need to invest and scale up," Rick Ramli, Permodalan Nasional Bhd's (PNB) chief investment officer for private and strategic investments, said, also noting investments were needed in core systems and technology to upgrade to digital platforms.

More in this category: « Digital lenders shake up the Philippine banking market Can the Philippines exit the FATF grey list soon? »
back to top