How will being placed on the FATF blacklist affect Myanmar? 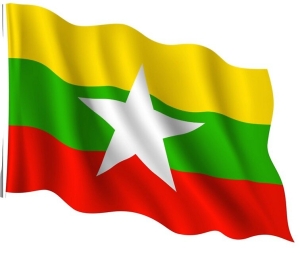 Being placed under increased monitoring by the Financial Action Task Force’s (FATF) is never welcome news for a country. Besides the reputational damage that comes along with such a designation, there are many practical problems caused by the restrictions that may be put on financial transactions as well as burdensome compliance requirements. Most countries are put on FATF’s gray list due to inadequate money laundering and counterterrorism financing controls. However, occasionally a country is added to the blacklist – reserved for the countries that pose the most serious financial crime risks – including North Korea and Iran – which is what happened to Myanmar last month.

FATF added Myanmar to the blacklist on October 21, citing its failure to make adequate progress in addressing illicit financial flows and calling on the country to apply enhanced due diligence measures. The deterioration of Myanmar’s political environment since the coup that took place on February 1, 2021 and rising tensions with Western countries undoubtedly played a role in FATF’s decision. Prior to Mynamar’s blacklisting by FATF, the European Union had already imposed four rounds of sanctions on the Southeast Asian country.

From a practical standpoint, it will become harder to engage in international financial transactions with Myanmar. Entities and individuals in the country will face enhanced due diligence from global financial institutions, especially KYC measures. Financial institutions may also implement controls that could include suspension of new account openings and closing accounts if suspicious transactions are detected.

To be sure, as law firm Dentons Rodyk has noted, since Myanmar declared a state of emergency on February 1, 2021, financial transactions have been restricted by the changes in foreign exchange regulations and international sanctions. Many financial institutions have thus already increased some due diligence measures for transactions involving Myanmar persons and entities.

At the same time, FATF has said that enhanced due diligence measures should not impede normal remittances, funds for humanitarian assistance and legitimate non-profit organization activity. Still, that could be somewhat wishful be thinking given the risks financial institutions face from compliance errors involving a country on FATF’s notorious blacklist.

Thus, ordinary people in Myanmar may well be adversely impacted by FATF’s decision – not just the political elites the blacklist designation is targeting. This will be a step backward for financial inclusion in the impoverished country, which prior to the February 2021 coup had a budding fintech sector that was helping bring a growing number of people into the formal financial system.

Myanmar’s per-capita GDP is below US$1,500, the lowest among ASEAN members. Further, while estimates vary, at a minimum about 70% of Myanmar’s 54.4 million people are unbanked.

More in this category: « Why do Australia’s big four banks keep getting bigger? Thailand signals that it will move forward on digital banks »
back to top