How is Rakuten Bank’s IPO shaping up? 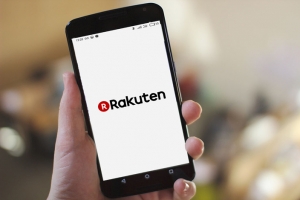 Japan’s Rakuten first announced plans for an initial public offering of its online banking unit in September 2021 amid fierce competition with Amazon and as it faced steep costs from building a mobile network. 10 months later, the Japanese platform company said that it had applied to list its online banking unit on the Tokyo Stock Exchange. It has not yet, however, given any specific guidance as to when the IPO will occur.

Rakuten’s announcement about the IPO of its online banking unit comes at a curious time. Markets are jittery as the global economy is sputtering and fears of recession are mounting. While fintech is weathering these tough market conditions better than most sectors, Rakuten’s (the e-commerce firm) share price has fallen about 42% over the past six months to 635 yen. In June, Rakuten’s shares hit their lowest point in more than 10 years. This tepid performance is largely in line with the global slump of tech stocks.

In the long term, however, Rakuten’s bid to take its online banking unit public is a wise move. Its home market of Japan remains its most important, and while the Japanese firm faces increasing competition there in the e-commerce segment from Amazon, other deep-pocketed publicly listed U.S. tech giants are moving aggressively into Japan’s digital finance space. To compete with them, Rakuten Bank will need be able to raise capital cheaply on the Tokyo Stock Exchange.

For instance, in July 2021, Google acquired the Japanese smartphone payments startup Pring for an estimated 20 billion to 30 billion yen. Established in May 2017, Pring operates a cashless platform that allows the transfer of funds between individuals and businesses using QR codes. As of the time it was acquired by Google, it had 53 bank partners.

While Japan has adopted cashless payments at a much slower rate than most other East Asian countries, the pace has picked up during the pandemic. If Japan’s cashless policy hits its target, there by 2025 there will be 25 million more Japanese users of online payments than in 2016.

Tags:
More in this category: « What went wrong at Volt? Can Toss Bank learn from Kakao’s mistakes? »
back to top