How did North Korea allegedly launder US$175 million through U.S. banks? 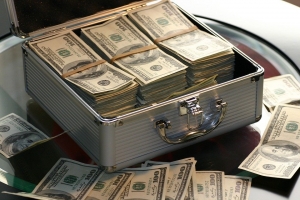 Under U.S.-led efforts North Korea has been cut off from the international financial system for years. U.S. banks cannot legally do business with the country. They face stiff penalties if they do. Yet that recently leaked documents from major financial institutions reveal how Pyongyang accessed the U.S. financial system anyway, relying on shell companies and Chinese firms. U.S. banks such as JPMorgan and the Bank of New York Mellon cleared roughly US$175 million in suspicious transactions by entities linked to North Korea over several years' time, according to NBC.

Eric Lorber, a former Treasury Department official who dealt with North Korea when he worked in the Trump administration, told NBC, “Taken as a whole, you have what really, frankly, looks like a concerted attack by the North Koreans to access the U.S. financial system over an extended period of time through multiple different avenues in ways that were fairly sophisticated."

A key takeaway from the documents is the integral role North Korea's Chinese co-conspirators play in large-scale money-laundering activity. Unsurprisingly, some of the North's most willing partners are based in the city of Dadong, located in Jilin Province on China's border with North Korea. For instance, Dandong Hongxiang Industrial Development Corp. used different shell companies to move money through banks in China, Singapore and Cambodia before it arrived in the U.S. One of the U.S. banks that processed millions of dollars in alleged North Korea-linked transaction is Bank of Mellon New York (BNY Mellon).

It is unclear why BNY Mellon allowed the transactions to go through, given that it had flagged them as suspicious and that Dadong Hongxiang's chief executive had spoken candidly about doing business with North Korea in several media interviews.

JPMorgan faced similar circumstances. The bank's internal reports show that between 2011 and 2013, it handled $US89.2 million in transactions that benefitted 11 firms and individuals linked to North Korea. Although JPMorgan informed the Treasury Department in January 2015 about suspicious transactions possibly tied to Pyongyang, it appears the New York-based bank failed to hold up any of the transactions in question.

It is easy to fault the banks' compliance departments, perhaps with some justification. Yet compliance teams are not the same as law enforcement. The former strives to ensure its organization is compliant with regulations, while the latter is focused on crime fighting. They should work more closely together to safeguard the integrity of the global financial system.