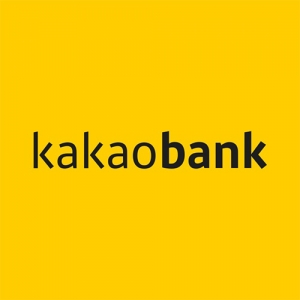 South Korea's financial regulators have taken a conservative approach to digital banking, issuing a limited number of licenses and outright rejecting a number of recent applicants. One of the only two firms to win a digital banking license thus far is Kakao Bank, a subsidiary of the Korean super app KakaoTalk. With its massive user base - which counts 94% of South Korea's population of 50 million as users - Kakao is poised to stake out a dominant position in the nascent South Korean digital banking market.

KakaoTalk is to Korea what Line is to Japan and WeChat is to China. It started out as a messaging app and after building up a critical mass of users made the move into digital banking. Its digital wallet KakaoPay has 28 million registered users and was used for more than than 20 trillion won ($17.5 billion) of payments in 2018, according to a May report in The Economist.

Like WeChat, Kakao has capitalized on the popularity of its app to develop a fintech business of considerable scale, particularly given market constraints in South Korea. In just two years, it has attracted 10 million users - about one in five Koreans. Japan's largest virtual bank, Rakuten Bank, established in 2001, has just 7.32 million users by comparison, The Korea Herald notes in a July report.

The Korea Herald attributes Kakao Bank's expeditious growth to its ability to integrate its world-class technology with financial-sector expertise. 40% of the firm's headcount hails from the ICT sector.

Perhaps as a result of that deft combination of resources, Kakao Bank has managed to offer a pretty strong user experience. "Most notable is that the extending and receiving of credit have become possible without consumers visiting banks. People can also send and transfer money without going through convoluted log-in procedures or issuing certificates," The Korea Herald observes.

Hopefully, Kakao Bank's success will increase pressure on incumbents to provide more digital banking services and and an overall better customer experience. South Korea's banks - and they are certainly not alone in this regard - are not known for being digitally forward. Some offer no mobile banking services at all. The mobile banking apps that do exist are cumbersome. According The Economist, one usually must click 40 times and use four passwords to make an online payment in Korea.

Looking ahead, Kakao Bank aims to go public in the next two years. In the first quarter of the year, the company posted a profit for the first time (6.6 billion won/$US 5.54 million) - just 18 months after launching. It was an impressive turnaround given that the company lost a combined 78 billion won in its first six months of operation.

Kakao Bank's executives have suggested that continued profitability through the end of the year and into 2020 would pave the way for an IPO. "What really matters here is that we should maintain the current uptrend throughout the year. If not, the Korea Exchange won't allow us to go public," a Kakao Bank official said in a statement.

More in this category: « Will money laundering hinder Cambodia's development? Rakuten bets on digital banking in Taiwan »
back to top
© 2007 - 2021 Kapronasia