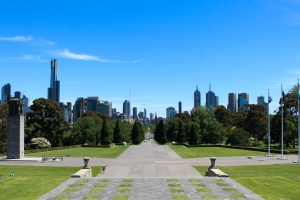 Judo is benefiting from its carefully cultivated niche in lending to small-and medium-sized enterprises (SMEs). While most of Australia's challenger banks are focusing on retail banking, which they see as lucrative, Judo is focused on providing loans to businesses that struggle to obtain credit from traditional lenders.

Co-founder Joseph Nealy formerly headed National Australia Bank's business bank and saw an opportunity to move away from Australia's traditional lending model, in which a bank only offers a loan to a borrower if property is pledged as collateral. Judo has instead sought to evaluate creditworthiness based on a business's broader circumstances.

Australia granted Judo a banking license in April 2019. Since then, it has amassed AU$1.5 billion in deposits, offering interest of 1.6% and 2.15% interest on term deposits between 3 months and 5 years. The Melbourne-based neobank also has more than AU$1.5 billion in loans on its books. In total, it has 10,000 customers across both loans and deposits.

Judo's executives highlight its technological and cost advantages. "The fact we can start with today's best technology and no legacy core banking system means we can beat them [incumbents] on cost-to-income ratio, return on equity, net interest margin ... we are not a small play," Judo chief financial officer Chris Bayliss said at a venture capitalist panel discussion last year.

In addition to its equity funding, Judo has received a total of AU$800 million in debt funding from investment banks Citibank, Credit Suisse and Goldman Sachs as well as AU$500 million from the federal government through Australia's business securitization fund and structured finance support fund.

In a May interview, Judo co-founder David Hornery told The Australian Financial Review that the neobank was in a strong position. Hornery cited a strong new loan pipeline, capitalization and liquidity. He said that Judo expects to reach profitability in "the very near term."

That's certainly possible. With a large war chest, Judo will be better poised to maintain rapid growth during the economic downturn. Despite the neobank's strong fundamentals, it faces a daunting business environment. Ultra-low interest rates are pinching banks' margins and bad loans could surge if the recession drags on.

More in this category: « How is COVID-19 affecting Grab's fintech ambitions? Cambodia faces mounting money-laundering problems »
back to top