How can fintechs capture opportunities in the Southeast Asia remittances market? 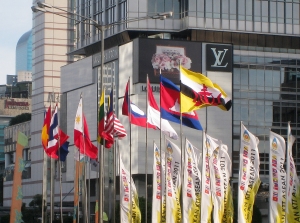 Demand for cross-border remittances is surging across Southeast Asia, home to a sizeable migrant worker population and many of the world's fastest growing economies. The amounts being remitted by the region's 21 million migrant workers are considerable - $68 billion annually, according to Siam Commercial Bank (SCB). Given their modest earnings, migrant workers need affordable banking services. They cannot easily absorb the high fees associated with some traditional remittance services.

Are blockchain-based financial services the answer? But of course - when is blockchain not the answer? Is the promotion of financial inclusion the primary purpose of offering these blockchain-based services to migrant workers? Indubitably, although some firms may want to a turn a profit as well. With that in mind, some of the world's most prominent fintechs are tapping Asean's migrant worker remittances market, from Ant Financial and WeChat Pay to Grab and Ripple. Startups are entering the market too.

They have plenty of competition from incumbents. At an April forum hosted by Ripple, Thomas Kiong, an executive at CIMB, noted that the Malaysian bank has long counted migrant workers as key customers, “Our country hosts of lot of migrant groups, and we’ve always catered to this segment. Malaysia to Indonesia is a very big cash-to-cash corridor and we also have a lot of Filipino workers," he said.

CIMB has a remittance service called SpendSend which it says is present in 31 countries. The service charges less than US$5 for an instant payment, Kiong said.

Thailand-based blockchain firm Velo, which has the same owner as Fortune magazine, claims it will not compete with incumbents. Instead, Velo executives say that the company will carve out a niche developing the digital infrastructure for remittances. They describe Velo as a blockchain-based clearing house that will help unify the fragmented Asean remittances market.

Velo works as follows: The company issues digital Velo Tokens to firms that must first be verified through a KYC prorcess. Once they are verified, the companies swap the tokens for stablecoins issued by Velo, which are traded through the company's customer-facing payment service, Lightnet. The recipient can either exchange stablecoins for Velo Tokens or cash them out in local currency at a partner payment outlet.

Velo executives are sanguine about the migrant worker market across Southeast Asia. They expect that the firm will account for US$50 billion worth of transactions annually within three years. Migrant workers will account for $25 billion of the remittances and money management partners the remaining half.

More in this category: « Will Laos's new AML policies be effective? Hong Kongers keeping open mind about open banking »
back to top