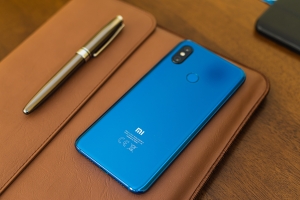 The move into digital banking move comes not a moment too soon for Xiaomi. The company that rose to fame on its iPhone-like handsets during China's smartphone boom needs a new revenue driver. Once considered among the world's most valuable private companies, Xiaomi raised just half of an expected US$100 billion when it listed on the Hong Kong Stock Exchange in 2018. Since then, its market valuation has fallen to just over US$31 billion.

As it turns out, Xiaomi's much-touted ecosystem of connected devices is not all that compelling for investors. There are plenty of nifty gadgets, from air purifiers to Bluetooth earphones, but none of the devices is a game changer. Xiaomi remains dependent on smartphone sales. Hit by slowing smartphone demand and headwinds from the U.S.-China trade war, Xiaomi's profits slumped 26% in 2019 to RMB 10 billion (US$1.4 billion).

At a time when many tech giants wants to reinvent themselves as digital banks, Xiaomi must distinguish itself from the competition. In Xiaomi's case, its competitive advantage lies with a large base of smartphone users and relevant data. In 2019, Xiaomi was the world's No. 4 smartphone maker by shipments with an 8.9% share of the global market, according to research firm IDC. Besides China, India and Indonesia are key markets for the Beijing-based handset maker.

During its pilot in Hong Kong, Airstar said it would provide banking services 24/7 and waive all retail-banking service fees. It should take customers just five minutes to open an account with a Hong Kong identity card, the bank said in a press release. Two deposit products are available during the trial period, including one that offers a deposit rate of 1% per annum for savings between HK$500,000 and HK$1 million. Airstar also plans to offer unsecured lending products.

Thus far, Airstar's messaging is very much neobank boilerplate. In the press release published to mark the beginning of its Hong Kong pilot, the Xiaomi-backed bank said,"Airstar strives to embrace innovation and financial inclusion, and promotes 'Financial Innovation for Everyone'." Not exactly a way to stand out in the crowded Hong Kong banking sector.