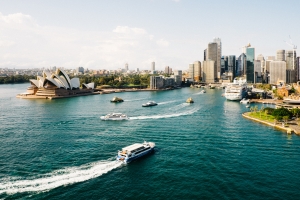 Of Australia’s big four banks, National Australia Bank (NAB) has been the most aggressive about meeting the neobank challenge. In January, NAB said it would acquire 86 400 for AU$220 million, after having taken an 18.3% stake in the Aussie neobank in its Series B fundraising round. For NAB, acquiring 86 400 allows it to accelerate digitization and better cater to a young customer demographic. NAB will integrate 86 400 with UBank, its online banking division.

While the deal may be a win-win for NAB and 86 400, it raised some regulatory eyebrows given the implications for competition in Australia’s banking sector. After all, weren’t the neobanks supposed to challenge the big four? Regulators would prefer to see tie-ups between smaller Australian banks and the challengers, but it is the country’s largest banks (with their immense capitalization) that are better equipped for such deals.

NAB is continuing its shopping spree and has expressed interest in Citibank’s Australia retail banking business that is now up for sale. Citi has about 1.8 million customers and is No. 5 in Australia’s credit card market with a 12% share. NAB is Australia’s third-largest credit card operator, Commonwealth Bank of Australia (CBA) and Westpac.

In some cases, the big four are inking partnerships with fintechs that are not neobanks. Westpac, for instance, rolled out a banking as a service platform together with buy now, pay later all-star Afterpay in October 2020.

“I don't think anyone is saying that traditional banking is going to go away or even lessen in importance. I just think this represents a new growth opportunity for us and our partners,” Macgregor Duncan, Westpac general manager of corporate and business development, said in the bank’s podcast, Westpac Wire.

At the time, Afterpay said that it sought to launch transaction and savings accounts, and cashflow tools, to its 3.3 million customers in Australia in the second quarter of 2021. As it turns out, that estimate was just slightly off the mark. Afterpay said on July 20 that it would launch its banking app, Afterpay Money, in October.

Meanwhile, CBA recently launched a BNPL product together with Mastercard. The product, CommBank BNPL, will be available to four million of the bank's retail customers for transactions up to AU$1000. CBA will aim to undercut Afterpay by not charging merchants transaction fees on BNPL purchases. Such fees are typically 4% of a transaction.

More in this category: « Viva Republica and Big Fintech in South Korea Why are Grab and Bukalapak teaming up? »
back to top