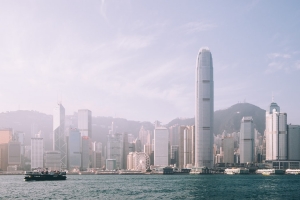 If there ever was a market that could benefit from open banking, it would be Hong Kong. A small group of powerful incumbents has long dominated retail banking in the former British colony, leaving consumers frustrated with the lack of options. Data from Goldman Sachs show that HSBC, Standard Chartered, Bank of China and Hang Seng Bank account for 2/3 of retail banking loans in Hong Kong. Those four banks are even more dominant in the credit card and retail mortgage markets.

Hong Kongers responding to survey conducted by JD Power in 2018 gave less than stellar reviews to some of the city's traditional banking giants. 54% of the survey's 2,300 respondents said that they did not fully trust their bank. 80% said that the banks did not spend sufficient time identifying their individual needs before offering them products or services.

Open banking, which will free up consumers to select specific services from different providers, could encourage suppliers to develop more bespoke financial products, boosting consumer choice significantly. Hong Kongers are strongly in favor of open banking, according to a survey conducted last year by Accenture. That survey of 2,000 Hong Kong consumers found that more than half of respondents would permit third parties to access their financial data for the purpose of providing more customized banking services and better returns.

"The foundations are clearly there for Hong Kong to leapfrog many markets with open banking solutions,” Fergus Gordon, a managing director at Accenture, said in the report. Gordon encourages banks to team up with third parties "to offer the types of services their customers want.”

Accenture's survey found that 33% of Hong Kongers would trust their data with international and local payments firms, and 16% retailers and major online merchants.

Under this scenario, the Hong Kong Monetary Authority (HKMA) has developed a four-part Open API Framework. The regulator has signaled that it will let the market play a decisive role in this initiative, with the HKMA only providing some basic guidelines. The HKMA is not requiring banks to develop APIs nor adhere to any particular specifications if they do decide to create the interfaces. The HKMA is only recommending API security standards. As of July, Hong Kong's 20 retail banks had launched 500 APIs.

The remainder of the Open API initiative will likely be launched over the next year or so. Phase II, focused on the processing of applications for banking products and services, is set to be complete by the end of October. In 2020, the HKMA plans to set API technical standards. Phases 3 and 4 will lay a "solid foundation for further opening up of banking data and functions in a prudent manner while balancing the industry needs for API development," Howard Lee, HKMA deputy chief executive, said in a July press release.

Looking ahead, the HKMA will be paying especially close attention to safeguarding customer data. "As we move on to the next phase, with more sensitive data and complex functions covered, it is even more important to ensure security and safeguard customer interests," Lee said.

More in this category: « How can fintechs capture opportunities in the Southeast Asia remittances market? DBS faces intensifying competition from global rivals in SE Asia fintech »
back to top