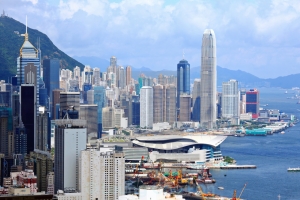 Hong Kong’s virtual banks arrived at a tumultuous time in the city, facing the twin challenges of political tumult and Covid-19. However, the pandemic may have helped spur greater uptake of the online lenders’ services, especially now that Hong Kong has experienced a more severe Covid wave. Important questions remain though: How big is the opportunity in a city of 7. 4 million where 93% of people over 14 have a bank account? And is it realistic to assume that expansion to the mainland will be possible?

Three years after the Hong Kong Monetary Authority (HKMA) announced it would allow virtual banks, the hype has quieted; the lenders have all launched, and the results are mixed. The most obvious initial effect of the virtual banks on the city’s financial services market was to spur incumbents to up their digital game and slash some of their fees. In that sense, the increased competition has been good for consumers.

Yet none of Hong Kong’s virtual banks is close to profitability and their total deposits are a drop in the bucket. Per HKMA data, the eight online lenders together had 1.1 million accounts as of the end of the third quarter of 2021. Total deposits were HKD 24 billion, just 0.2% of the total in Hong Kong’s banking system.

The digibanks also have yet to gain customer loyalty. Recent research by Forrester found that 51% of Hong Kong consumers said they would go back to their old bank if the virtual bank stopped offering a higher deposit interest rate.

Routing banking activities are also rapidly moving online. According to the HKMA, 98% of retail bank transfers were done digitally in the second half of 2021. At the same time, 39% of new accounts were opened digitally last year, more than double the 17% before the pandemic.

Thus, it is clear that Hong Kong’s banking sector is increasingly going digital, but in most cases customers can access these digital services with their existing bank. This extends to wealth management, the latest segment the digibanks are targeting. Big lenders usually set a threshold of at least US$1 million to qualify as a wealth and private banking customer. Hong Kong’s virtual bank operators can still explore this market, but not the top tier; that is too well covered by incumbents.

Mainland customers, especially in the Greater Bay Area (which has a population of 86 million people), would be an obvious market of interest for Hong Kong’s virtual banks, but it is unclear from a regulatory standpoint when it will possible to foray into the mainland. Beijing’s attitude towards fintechs has changed significantly in recent years. At a minimum, there would have to be clear signals from regulators that the tech crackdown has ended before Hong Kong’s digibanks could smoothly expand in the mainland.

More in this category: « Can Seoul become an international financial center? P2P lending in Indonesia has a way forward »
back to top