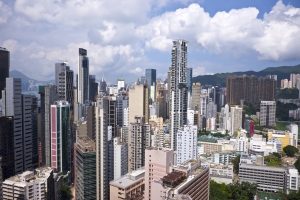 To be sure, digital banking is growing globally amid the pandemic for reasons of hygiene and safety as well as convenience. Contactless payments and banking from the screen of a computer or mobile device suddenly have unprecedented appeal. That said, Hong Kong already has many digital payments options available.

In difficult economic times, most people gravitate towards what is familiar and safe. That is especially true now. Unlike in 2008-09, this crisis directly threatens both the physical and financial health of people. The ensuing sense of insecurity heightens aversion to risk. In the case of banking, that may mean sticking with trusted incumbents - unless virtual banks can offer a truly compelling value proposition.

During its trial run, ZA Bank offered a deposit rate as high as 6.8% for three-month deposits (capped at HK$100,000) to attract customers. By comparison, Hong Kong's largest lender HSBC offers 1.85% for a three-month deposit of between HK$10,000 and HK$500,000. While a high deposit rate might work for ZA as a promotional strategy, it is not sustainable in the long term.

In an April interview with The South China Morning Post, PingAn Insurance's co-CEO Jessica Tan Sin-yin signaled that the insurance giant would not launch its virtual bank OneConnect in Hong Kong before the pandemic was contained. "OneConnect Bank has gone through all the tests of systems, and will pick an appropriate time for business launch given the impact of Covid-19 is still evolving," she told SCMP.

However, WeLab Bank chairman Chan Ka-keung told SCMP that the pandemic had not affected the bank's launch preparations. Chan said it was complicated to test the systems WeLab Bank requires to operate, but that it is on track to launch "when we are ready."

To be sure, the launch of an entirely new financial institution is a lengthy process, especially as digital banks themselves are new to Hong Kong. The Hong Kong Monetary Authority (HKMA) has made the process a gradual one to ensure the banks are fully compliant and best able to serve customers.

More in this category: « Arival Bank aims for a Singapore digital wholesale bank license Australia's neobanks grapple with impact of virus »
back to top