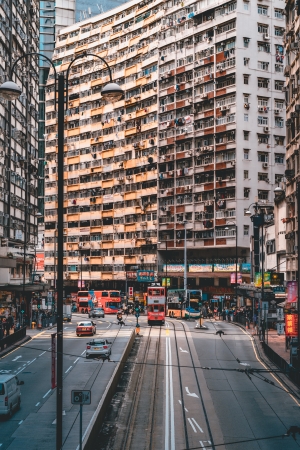 The political unrest in Hong Kong has plunged the city's economy into recession for the first time since the global financial crisis of 2008-09. The retail and hospitality sectors have borne the brunt of the blow so far, but that's set to change barring a miraculous easing of tensions.

One of the most obvious impacts of the unrest on the financial sector is the delay of Hong Kong's planned launch of eight virtual banks. The neobanks, which are heavily represented by financial interests from the mainland, were set to swoop onto the scene and shake up a staid banking sector dominated by a handful of incumbents accustomed to high profits and meager competition. That would have been a boon for consumers and forced incumbents to up their game. In fact, ahead of the anticipated arrival of the neobanks, traditional banks had already started to slash some unpopular fees.

Hong Kong's tense political climate may now force virtual banks to rethink their plans for the market. The antipathy towards some businesses from the mainland that's risen over the past six months could present a major problem for the virtual banks, just one of which is Hong Kong-based: WeLab.

The other seven neobanks are Chinese firms or joint ventures that include a Chinese partner. Some of China's biggest tech companies, Ant Financial, Tencent and Xiaomi, are among the recipients of a license, as are online travel-booking company Ctrip, insurance giant Ping An and state-owned lenders Bank of China and Industrial and Commercial Bank of China.

In November, Standard Chartered CFO Andy Halford told The Financial Times, "Most people are hoping that by the half year [in 2020] you’ll see some activity,” referring to the virtual banks.

The FT suggested one reason for the delayed launch was the Hong Kong Monetary Authority's desire to "avoid any failures or controversies in the current business climate," although the regulator has not stated whether Hong Kong's troubled business climate is pushing back the virtual-banking launch.

At a minimum, the virtual banks should consider whether Hong Kong's banking market fundamentals have shifted in a manner that would require them to alter their business strategies for the city. To be sure, Hong Kong's retail banking customers would like a better selection of banking services with lower fees. Numerous surveys conducted over the past few years, cited in previous Kapronasia commentaries, support that point.

But are Hong Kong retail banking customers likely to turn to Ant Financial, Tencent, Ping An, or Xiaomi for those services? When it comes to digital wallets, Alipay and WeChat Pay don't dominate the Hong Kong market as they do the mainland. Locally-based Octopus's O!e Pay is popular with Hong Kong users as is Apple Pay, Android Pay and HSBC's PayMe. Among incumbent banks, the biggest players are international, like HSBC, Standard Chartered and Citibank, or local, like Hang Seng.

Observing the habits of Hong Kong's internet users, we find that the most popular messaging apps are Telegram and WhatsApp, not WeChat. Hongkongers are more likely to watch YouTube than any mainland-based streaming services.

Still, Hongkongers who do regular business with the mainland use the major Chinese internet platforms and associated digital wallets out of necessity.

With that in mind, the Chinese virtual banks might find that they capture a similar demographic in Hong Kong to the one that's already integrated into the mainland's digital services ecosystem.

In its 2020 Hong Kong Banking Outlook, KPMG forecasts that virtual banks will only be able to account for 2-3% of Hong Kong's HK$6.9 trillion (US$881.3 billion) deposit base next year. The neobanks must persuade customers to switch over their payroll accounts from incumbents before they can develop their businesses further, the accounting firm said.

More in this category: « OCBC steps up digital banking initiatives Do Australian banks need to strengthen AML controls? »
back to top