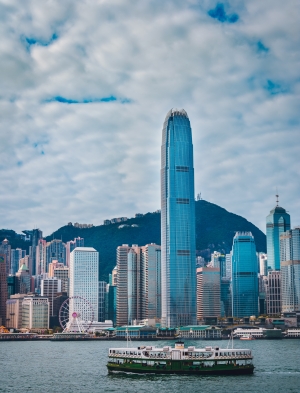 The Covid-19 breakout aggravates an already tough situation for the neobanks. The longer their launches are delayed, the more time incumbents have to prepare for their arrival. In 2019 some of Hong Kong's biggest banks began slashing fees and stepping up investment in digital platforms in anticipation of the neobanks' entry to the market.

To be sure, incumbents are feeling pressure from Hong Kong's recession. Business is down. Morgan Stanley estimates banking sector revenue will be anemic in the first half of the year as banks disburse fewer loans and generate lower income from fees.

Yet at the same time, incumbents could seize the opportunity to boost their digital offerings. With concerns about infection running high, people are avoiding visiting physical bank branches. Roughly 20-30% of Hong Kong's retail bank branches are closed to reduce spread of the coronavirus, according to The South China Morning Post. Banks are thus seeing an increase in the use of online platforms. A February South China Morning Post report said that Bank of China (Hong Kong) has seen “a significant increase” in customers using its mobile services. Bank of East Asia recorded a double-digit increase in faster-payment transactions, according to the report.

"People are shifting to digital channels instead of lining up at physical branches, and the financial institutions have so far handled the situation really well," Kenny Ng Lai-yin, a securities strategist at Everbright Sun Hung Kai, told SCMP.

It is unfortunate for Hong Kong's neobanks that all but one of them cannot yet capitalize on this trend. Only ZhongAn Insurance-backed ZA Bank is currently open for business. To attract customers it is reportedly offering up to a 6.8% interest rate on three-month deposits of HK$100,000 or more. The offer is reportedly limited to just 2,000 clients and they must refer new customers to enjoy the preferential deposit rate.

While such a promotion may generate publicity for ZA Bank, the 6.8% interest rate is not sustainable in the long term as it will erode or prevent profitability. Most banks in Hong Kong offer rates of 2-3%.

KPMG reckons Hong Kong's virtual banks would benefit significantly from winning customers' payroll accounts, which would require switching over from incumbent banks. That would provide neobanks with a chance to develop their lending businesses from a stable and inexpensive funding source, the consultancy says.

More in this category: « Who is leading Singapore's digital banking race? Malaysia gets ready for virtual banks »
back to top
© 2007 - 2021 Kapronasia