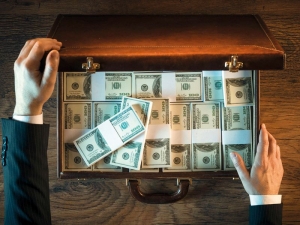 Hong Kong's status as a global financial center and lack of capital controls have long exposed it to certain financial crime risks. In 2020, the former British colony faced an unusual convergence of a recession, political tension and a once-in-a-century pandemic that upended society. Under that tough scenario, Hongkongers were scammed out of a record HK$8.33 billion, of which authorities managed to recuperate about HK$3 billion.

The pandemic-driven surge in online business played a major role in the jump in online crime last year. Total fraud cases nearly doubled to 15,553 from 8,216, according to The South China Morning Post. E-commerce fraud accounted for 6,678 of those cases, an increase of more than 200% over a year earlier.

About 2,500 cases involved attempts by Hongkongers to buy protective masks early in the pandemic when they were in short supply. In one instance, criminals pretending to be an overseas mask supplier duped a Hong Kong clinic into making HK$20 million in payments to 14 bank accounts in the U.S. and Europe. Hong Kong authorities were able to recover HK$15 million of the money.

Fortunately, regulators and banks are working to develop technology-enabled solutions to fight digital financial crime. A new report by the Hong Kong Monetary Authority and Deloitte describes the successful use of regtech by different banks in the city. "Bank A" used network analytics and data such as IP addresses to identify relationships between customers. By using machine learning for name screening, "Bank E" reduced manual alert reviews by 35% across different jurisdictions. The use of network analytics for fraud and trade-based money laundering investigations allowed "Bank F" to discover additional firms linked to known illegal activity.

Separately, the Hong Kong government may require financial institutions and advisers to begin performing checks on the bank accounts and transactions of politically connected people (PEP) from mainland China rather than only on those from outside the PRC. The city’s money-laundering watchdog has advised widening the scope of the regulations in response to a FATF review in 2019. The Financial Action Task Force told Hong Kong that it should “close the technical gap” in relation to the rules for PEPs from China.

If the law is amended, “banks and law firms will have to treat all PEPs from China on their clients’ lists as high-risk customers, “ Alan Linning, a partner at law firm Mayer Brown, told The Financial Times in February.

Tags:
More in this category: « Digibanking key to Gojek-Tokopedia deal Why is TymeBank expanding to Southeast Asia? »
back to top