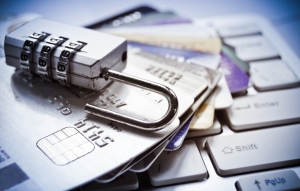 Hong Kong is battling a surge in financial crime committed both online and by telephone. The uptick in fraudulent activity coincided with the city’s worst Covid-19 surge, which occurred in the first quarter of this year. At the time, Hongkongers were largely confined to their apartments; the economy was in its worst state of the pandemic, shrinking by 4%, and the government imposed especially harsh measures to slow the spread of the hyper-infectious omicron variant. These conditions led to higher unemployment and greater desperation in the population, making some people easy prey for fraudsters.

6,000 victims in Hong Kong lost HK$1.28 billion (US$163 million) in online and telephone scams from January-April, according to data compiled by the city’s law enforcement authorities. About ¼ of the money was lost through e-mail scams. The largest scam, surprisingly, did not involve an individual but “an overseas investment firm,” which was bilked out of US$9.6 million in February. Police say that the company’s Hong Kong-based representative received a bogus email ostensibly sent by its client, requesting payment of US$9.6 million to two bank accounts in the former British colony. Authorities have frozen HK$3 million in one of the bank accounts involved thus far, but have yet to make an arrest.

Criminals sometimes find they can exploit naivety and/or weak IT security at SMEs to hack into the email systems of the firms and spy on business transactions. After getting a sense for how transactions are conducted at a target company, they then impersonate executives at the company or from its business partners to request money transfers.

Instances in which the criminals successfully hack into an email system can be especially hard to protect against if staff are not paying close attention as the fraudulent messages will appear to be from the actual person; the email address will be genuine rather than a disposable/burner address commonly used in phishing emails.

In the case of the recent phone scams in Hong Kong, criminals bilked HK$280 million from victims in the first fourth months of the year. HK$144 million was lost to Covid-19 pandemic-related scams.  According to Hong Kong authorities, the fraudsters impersonated mainland Chinese law enforcement agents and accused victims of smuggling vaccines or breaching Covid containment measures. As part of the “investigation,” the scammers ordered victims to pay a fine or provide their online banking details.

Some of the perpetrators in those cases were nabbed in a recent bust by Hong Kong and Macau authorities in which 22 people were arrested in a crackdown on a cross-border syndicate that laundered HK$2.2 billion in suspected crime proceeds through 181 bank accounts in 18 months. During the operation, police seized more than HK$300,000 in cash and more than 50 bank cards.

More in this category: « Alipay reduces stake in Kakao Pay What went wrong at Volt? »
back to top