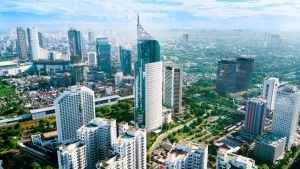 Over the past year, Jakarta has stepped up efforts to crack down on unlicensed P2P lenders, the country’s president has called for a pause in the issuance of new licenses and the OJK also has announced its intention to boost minimum capital requirements for P2P lenders sixfold: to IDR 15 billion from IDR 2.5 billion.

Indonesian regulators know what can happen when P2P lending in a large, underbanked developing economy is allowed to grow for too long unsupervised. It need only refer to China’s experience. Had Beijing acted earlier, before some of the worst scams unfolded, China’s P2P lending industry might have survived. However, Chinese regulators ultimately felt shutting the industry down was the safest bet.

The OJK will thus aim to put the bad actors out of business and encourage some consolidation among other firms. Better capitalized P2P lenders are less likely to run into financial trouble. In a November research note, Fitch Ratings notes that Indonesia has shut down 5,000 unscrupulous lenders since 2018. More than 1/3 (1,800) of them were shut down in the first nine months of this year. Unlicensed lenders are known for their aggressive collection methods and ultra-high interest rates.

Some registered lenders have shut down amid regulatory tightening and the pandemic-hit business environment. In December 2019, registered P2P lenders hit an all-time high of 164. By the end of August, that figure had fallen to 116.

Nevertheless, the industry continues to grow briskly, indicating strong demand for alternative lending services despite pandemic-induced business uncertainty and the falling number of licensed lenders. According to data cited by Fitch, outstanding loans in Indonesia’s P2P lending sector rose to IDR 26 trillion by the end of August from IDR 5 trillion at the end of 2018.

Meanwhile, NPLs in Indonesia’s P2P lending sector have improved considerably since reaching climbing to 4.8% in 2020. As of the end of August, the NPL rate for the industry was just 1.8%.

More in this category: « Taiwan wants to keep e-commerce and banking separate Siam Commercial Bank has high hopes for fintech »
back to top