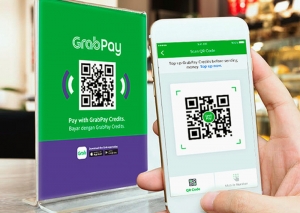 Grab pivoted to digital banking because it has the best potential to make the company profitable. However, the ride-hailing giant faces strong competitors in all of its major markets. Without the ability to take deposits and offer loans, Grab's fintech aspirations face serious constraints.

A Singapore digital full bank license would be a game changer for Grab. That license allows the holder to serve both retail and corporate customers. Grab would be able to take deposits and and act as a lender to Singaporean consumers and small businesses instead of simply processing their payments. Holding the license, Grab could rightfully call itself a digital bank. It would be a major branding boost for a company that sees its future in financial services.

At the same time, Grab could potentially use the Singaporean market as a springboard for regional expansion. Once Grab is established as a digital bank in the region's foremost financial center, it can approach regulators in other jurisdictions with more credibility than at present.

Additionally, both Grab and its partner Singtel have a considerable footprint across Asean. Grab is the dominant ride-hailing firm in every major Asean market but Indonesia (although it is certainly competing there) while Singtel is the region's biggest telecoms firm, with a strong presence in Indonesia, the Philippines and Thailand. Given the region's high degree of smartphone penetration, a significant portion of Asean's 655 million people are already both Singtel and Grab customers.

Ironically, Grab may need to shelve its super app aspirations to become a viable digital bank. To be sure, WeChat Pay reached super app status through digital banking, but the company was operating in just one market, China. Grab's business is spread across Southeast Asia, where consumers use disparate apps to chat, shop, watch videos and play online games. Grab also began as a ride-hailing service. Users spend a limited amount of time in the app. It's harder to build that into an all-encompassing killer app than a messaging service like WeChat that users were already using for several hours a day.