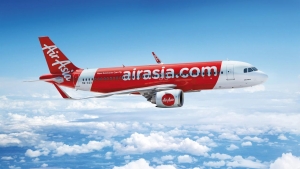 If AirAsia wins the license, it will be able to transform BigPay from a pedestrian e-wallet into a full-fledged digital bank. BigPay says that it has about 1.3 million users in Malaysia; AirAsia claims to have many more than in the Asean region: about 60 million. Of course, customers outside of Malaysia aren’t relevant for this particular digibanking license, but if AirAsia’s fintech wager pays off, the company will likely aim to set up digital banks elsewhere in the region.

In fact, BigPay launched in Singapore in late 2020 with a focus on the remittances segment. Given Singapore's large migrant worker population, remittances are a good long-term bet. BigPay users can remit money from Singapore throughout Southeast Asia as well as to India, Nepal, Bangladesh, China and Australia.

Malaysia’s central bank received 29 applications for just five digital banking licenses, and AirAsia is up against strong competitors such as Grab, Sea Group, Razer, iFAST and various well-connected conglomerates. However, the regulator will likely take into consideration the potential for a digital banking license to help a high-profile Malaysian company battered by the pandemic rejuvenate its business.

AirAsia might prove to be a digibanking innovator as well. To date, no company has successfully married travel with digibanking (though Traveloka is trying in a bid to boost its IPO prospects). AirAsia could probably put together some unique products with card companies, hotels and travel-booking platforms as partners. In fact, it already has a partnership with Agoda.

At the same time, the Malaysian airline is stepping up its regional M&A activity. On July 7, AirAsia said that it would acquire Gojek’s Thailand business, which is valued at US$50 million. As part of the deal, Gojek will take a 4.76% stake in AirAsia's own "super app" business (valued at US$1 billion, according to Nikkei Asia), in newly issued shares. The deal will enable Gojek to transfer its resources and services in Thailand to airasia Digital - a venture arm of AirAsia Group - in early August and rebrand from Gojek to AirAsia.

Crucially, the deal will allow AirAsia to offer digital financial services in Thailand in addition to ride-hailing and food delivery. "Under this deal with Gojek, we have also secured a license to operate fintech services in Thailand via GoPay, another ambitious expansion we are eyeing in the country," AirAsia CEO Tony Fernandes told Bangkok Post.

Separately, Fernandes recently told Reuters that AirAsia is considering a listing of its digital arm via a special-purpose acquisition company (SPAC) in the United States to raise US$300 million or more.

More in this category: « Voyager, RCBC plan to launch digital banks in the Philippines Why has Kakao been successful as a fintech? »
back to top