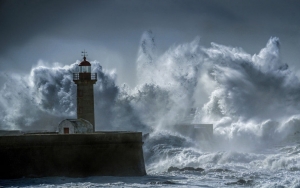 As Australian banks in recent years have been hit with unprecedentedly high fines for money-laundering violations, they have stepped up de-risking to reduce their exposure to the types of clients they believe could land them in regulatory hot water. In some cases, the banks simply refuse to do business with firms without good reason.

Whether inadvertently or not, the banks’ moves are hurting the business prospects of many compliant fintechs and other non-bank financial institutions (NBFI) even though their risk profiles do not merit drastic de-risking strategies. But these actions are not going unnoticed. In response to the rising incidence of financial exclusion, the Australian Transaction Reports and Analysis Centre (AUSTRAC) has issued guidelines for proper risk management. “Businesses vulnerable to exploitation should not automatically have their accounts closed simply to avoid managing risk,” the regulator said in an Oct. 2021 statement.

Yet, in the past year, banks have continued to err on the side of caution amid persistent money-laundering concerns. With regard to this trend, “AUSTRAC continues to discourage the indiscriminate and widespread closure of accounts across entire financial services sectors,” the organization’s CEO Nicole Rose said at the 2nd Annual AML & Anti-Financial Crime Conference Australasia in June.

The evidence is clear. The findings of the Royal Commission into Misconduct in the Banking, Superannuation and Financial Services did not present incumbent institutions in a flattering light, with compliance shortcomings coming under intense scrutiny. Several of the big four Australian banks have paid massive fines for money-laundering breaches in the past few years, though not necessarily because of their exposure to NBFIs.

Among NBFIs, cryptocurrency firms are often the most problematic from a regulatory standpoint. Banks can, therefore, legitimately proceed cautiously in this area due to Australia’s lack of comprehensive regulation for digital assets and the heightened money-laundering risk associated with their anonymous and decentralized structure.

However, NBFIs in other market segments do not operate in the same regulatory grey area as cryptocurrency firms. But there are still issues when it comes to them being able to access banking services.

It is important to note that some of the fintechs which are having trouble accessing banking services compete with incumbent financial institutions. Consider fintechs which operate in the cross-border payments space. At the Australian Payments Network Summit last December, Reserve Bank governor Philip Lowe noted that sending money internationally from an Australian bank often costs about 5% of the payment while it takes more than a day for the money to arrive. The World Bank estimates that sending money overseas from Australia is about 11% costlier than the G20 average, 13% more than the UK and roughly 40% higher than the US.

With fintechs potentially representing direct competition to the incumbents, it is not hard to see why big banks may deny their services to certain direct competitors, citing regulatory requirements and arguing that the fintechs present excessive risk. But this will not facilitate the healthy development of the Australian financial services industry.  Australia should not “have a situation where banks are routinely de-banking their competition, which is stymieing innovation and undermining choice and competition,” Senator Andrew Bragg noted at the Payments Summit.

In a worst-case scenario, a fintech that is de-banked may not be able to find a replacement banking partner, causing the company’s business to face an existential threat. In a less severe scenario, the firm may simply have to spend time looking for a new partner that it could otherwise have used to scale the business. And crucially, de-banking may also undermine customer trust in NBFIs that have suffered this setback.

While there is no simple fix for the problem, it is possible to manage risk prudently without aggravating financial exclusion. The key is to make correspondent banking services more accessible to a wider range of financial services firms with a technology-first approach.

For instance, providing IBAN account numbers for each of a payments provider’s underlying clients allows artificial intelligence tools to perform risk analysis that can isolate and target specific areas of concern if they arise rather than resorting to a sweeping de-risking measure, such as de-banking the payments client.

Ultimately, this type of approach tailored for financial services in the digital age could allow fintechs and their customers to better navigate a fast-changing regulatory environment that places a premium on combating financial crime, while significantly decreasing their own business risk. The result will be improved business opportunities and a reduced incidence of financial exclusion.

Tags:
More in this category: « Will Myanmar be placed on the FATF blacklist? Assessing digital banking strategies in advanced Asia-Pacific economies »
back to top