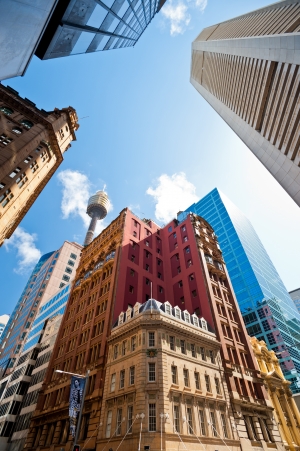 Australia is not considered a country at high risk for money laundering. When the Financial Action Task Force (FATF) grades Australia on different AML criteria, it tends to award a "compliant" or "largely compliant" grade. Only 14 of 40 criteria were graded as "non-compliant" or "partially compliant" during FATF's most recent review of Australia. The most long-running of Australia's AML weaknesses are in the property market, where some analysts say unsavory characters from overseas launder illicit cash.

That's why the the recent money-laundering scandals involving one of Australia's biggest four banks come as an unpleasant surprise. The Royal Financial Services Commission's review of misconduct in the banking sector had already cast the biggest Australian lenders in in an unflattering light. Now Australia's financial intelligence agency Austrac is proceeding with legal action against Westpac, one of the four largest Australian banks, alleging that breached AML and counter-terrorism laws more than 23 million times in $11 billion in transactions. Some of the transactions reportedly involved the exploitation of children.

On November 20, Austrac filed for civil penalty orders against Westpac. "It is alleged that Westpac’s oversight of the banking and designated services provided through its correspondent banking relationships was deficient. Westpac’s oversight of its AML/CTF Program, intended to identify, mitigate and manage the money laundering and terrorism financing risks of its designated services, was also deficient. These failures in oversight resulted in serious and systemic non-compliance with the AML/CTF Act," Austrac said.

Westpac allegedly failed to do proper due diligence on customers who sent money to Southeast Asia - notably the Philippines - through one of its systems, Litepay. The low-value payments sent to Southeast Asia involved "known child exploitation risks," according to Austrac. While Westpac knew about these risks as early as 2013, it did not fix them until June 2018.

Further, Austrac said that Westpac failed to provide the agency with reports within 10 days (as required by law) about nearly 75% of the incoming fund transfers it received from banks outside of Australia from November 2013 to September 2018. The transfers involved 19.5 million transactions exceeding $11 billion.

Westpac also did not complete reports in a timely manner concerning about 12,000 outbound transactions.

Westpac will likely pay a hefty fine for its violations of AML and CTF laws. Its rival Commonwealth Bank of Australia last year paid $700 million to Austrac to settle a civil action involving about 53,000 breaches of AML-CTF laws.

In response to the allegations against Westpac, the bank announced on November 26 that its CEO Brian Hartzer would step down. “The Board accepts the gravity of the issues raised by Austrac,” Westpac group chairman Lindsay Maxsted said in a statement.

With two of Australia's big four banks now hit by money-laundering scandals, the Australia and New Zealand Bank Banking Group (ANZ) recently revealed it has been conducting an internal review of the adequacy of its AML and CTF systems.

More in this category: « Hong Kong's virtual banks face uncertain future Beijing is serious about promoting Macau as a financial hub »
back to top