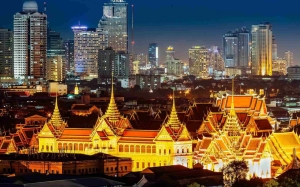 Better late than never? That was our first reaction to the news that at long last, Thailand has reached a decision on digital banks: It will allow them by 2025, and start accepting applications later this year. By 2024, Thailand will issue three digital banking licenses. And of course, online lenders will have to satisfy certain requirements, which we expect to be stringent and effectively eliminate any scrappy startups from even bothering to throw their hats in the ring.

Per Thailand’s plan, virtual banks may provide full-service banking businesses and will be subject to the same regulations and supervisions as traditional commercial banks. However, they will not be permitted to open physical branches and operate their own ATM machines.

Now here is the tough part for any non-deep pocketed applicants: Applicants must have a minimum registered capital of 5 billion baht (US$151.4 million) that must be increased to 10 billion baht when they are fully functional. How many authentic digital banking startups have US$151.4 million on hand?

There is a pattern emerging in East Asia’s digital banks, that can be seen in almost every market where they have been approved. For the most part, actual startups – those who could disrupt the market – are absent. In their place are offshoots of Big Tech companies, conglomerates, and incumbent banks posing as upstarts.

In some cases, the so-called “digital bank” is nothing more than a rebranded incumbent lender with a new partner. Case in point: Trust Bank in Singapore, which is using the banking license of Standard Chartered and cooperating with NTUC FairPrice, the city-state’s largest supermarket group.

We have no reason to believe that Thailand will pursue different policies than its neighbors. On the one hand, Thai regulators have laid down the law, in case there was any doubt about their intentions. In its consultation paper on virtual banks, the Bank of Thailand (BoT) said, “Virtual banks should not initiate a race to the bottom through irresponsible lending, give preferential treatment to related parties, nor abuse dominant market position which will pose risks to financial stability, depositors, and consumers as a whole.”

Taiwan’s Financial Supervisory Commission (FSC) said almost exactly the same thing ahead of the launch of the island’s three online lenders. FSC chairman Thomas Huang said in December 2020, “It is tolerable for the virtual banks to offer better rewards or prices shortly after they begin operating, but we would not allow them to make it a long-term strategy,” Huang said, adding, “It would be meaningless if they expand their business by initiating a price war.”

As for the likely applicants for digital banking licenses in Thailand, we expect notable incumbents to apply and probably be winners. For instance, last fall, Arthid Nanthawithaya, chief executive of SCB X, Siam Commercial Bank's holding company, said the group was keen to apply for a virtual bank license which the lender believes will allow it to explore greater business opportunities. He said SCB X will wait for the licensing launch before deciding whether a subsidiary will apply or to set up a new entity to obtain the license. Additionally, Kattiya Indaravijaya, chief executive of Kasikornbank (KBank), said that KBank is interested in applying for a license to expand into new businesses and customer segments "in line with the digital era."

More in this category: « Digital banks in Singapore are not living up to the hype Why Australia’s Judo Bank may go the distance »
back to top