Digital banks in Singapore are not living up to the hype 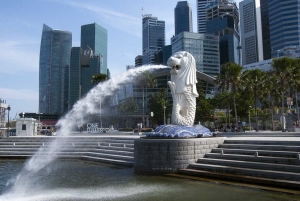 When it comes to Singapore’s digital banks, is hindsight 20/20? Probably so. The hype surrounding them never quite corresponded to reality, and in many regards accurately mirrored the broader tech bubble that pushed up the valuations of so many cash-burning startups into the stratosphere. Like their counterparts in Hong Kong, Singapore’s digital banks will need to spend a lot of time and money to effectively penetrate what is already a mature, well-served market.

Of the current five Singapore digital banks, three are derived from Big Tech companies, one is the brainchild of a powerful incumbent and one is led by a major Chinese real estate firm. Though the value propositions of the five Singapore digibanks differ marginally, they are all spin-offs of much larger companies, illustrating the city-state’s limited tolerance for disruption. Scrappy startups lacked the cash to fulfill the Monetary Authority of Singapore’s (MAS) stringent capitalization requirements.

Further, there are some restrictions on the digital lenders in their initial rollouts. Currently, Grab-Singtel’s GXS Bank, solely takes deposits from a select group of employees and customers, while Sea Group’s MariBank is only available to employees of its parent company, Sea.

While the MAS’s approach can help prevent failure among the newcomers, and thus better safeguard customer assets, it also means that the appeal of the digibanks is limited in certain respects. There is no real sense of anything new provided by these online lenders, despite the marketing spin. 24/7 online banking is already widely available in Singapore in many respects.

Eye-catching subsidies, such as the daily interest GXS Bank is offering to early customers, will only go so far. In the initial rollout of the bank's services, GXS said its customers would be allowed to keep up to SG$5,000 in savings, which was supposed to draw a daily interest of 0.08% per annum. Additionally, GSX said that it would offer savings pockets" within the GXS app able to accrue daily interest of 1.58% per annum.

Such policies are not sustainable in the current macroeconomic environment, characterized by a dramatic tightening by central banks to combat rampant inflation. In mid-December, the U.S. Federal Reserv raised its benchmark interest rate to the highest level in 15 years.

Another problem for the digibanks is that Big Tech’s reputation is generally not getting any better, and customer trust is paramount in financial services. Whom do customers trust more with their data? Their existing banks, such as DBS, OCBC and UOB, or super apps? How many Singaporeans want to bank with the same company that they use for taxi service and food delivery, or to play online games?

Ironically, Trust Bank appears – at least by its reported customer numbers of 400,000 – to be making the quickest headway among Singapore’s digital banks. If Singaporeans have greater faith in Trust than its competitors, that may be due to its ties to Standard Chartered, which teamed up with the FairPrice Group to create the latest digital lender in the city-state.

Trust skipped all the licensing drama that the other digibanks had to endure because it can simply use Standard Chartered’s existing banking license. How convenient.

That said, we would not bet the farm on Trust just yet. It is enticing customers to sign up by offering them discounts on grocery shopping at FairPrice stores. “With your Trust Debit Card, get up to 11% savings in Linkpoints on your FairPrice Group spend,” the Trust website says. While we all like to save on grocery shopping, it just does not seem like a compelling reason to open a new bank account.

More in this category: « Why Hong Kong's WeLab is thinking regionally Digital banks in Thailand may turn out to be incumbents in disguise »
back to top