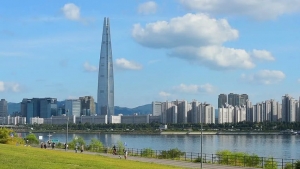 South Korea’s digital banks are on a roll, buoyed by robust demand for digital financial services amid the pandemic. South Korea went cashless long ago with credit cards, but since the pandemic hit in early 2020, mobile banking has taken off. As a result, Kakao Bank, K bank and Toss have grown exponentially.  All three of South Korea’s digital banks are on track for IPOs in the next two years, with Kakao likely to go public first.

Kakao has long been the leader in South Korea’s nascent digital banking market – both in terms of user numbers and profitability – but in recent months, Toss and K bank have begun to catch up. It is not that Kakao is lagging, but rather that overall demand for digital banking services is growing and customers want more choice.

The fintechs have generally been much more innovative than their incumbent competitors, and quick to respond to market trends. For instance, K bank linked up with a crypto exchange to capitalize on the bitcoin boom, while Toss launched South Korea’s first online brokerage in March, Toss Securities, which is also the country’s first new brokerage of any kind since 2009.

The challengers now need more funding to support their growth while investors are keen to place more winning bets. Viva Republica, the parent company of Toss and South Korea’s preeminent fintch unicorn, is currently seeking to raise 200 billion won (US$177 million) at a valuation of 8 trillion won, according to Korean media. The latter figure marks 260% growth from Viva Republica’s previous valuation of 3.06 trillion won in August 2020.

Toss reportedly broke even for the first time about a year ago, but has not managed to stay in the black. However, its backers reckon that the company will make good on its bid to build a financial super app for the Korean market. Toss already has dozens of services – the most recent being stock trading launched in March – and will have a large pool of ready customers to which it can offer deposit accounts and lending services.

In late May, K bank more than doubled its paid-in capital to 2.1 trillion won through share purchases from MBK Partners and Bain Capital. MBK and Bain each invested 200 billion won in K bank, becoming its second largest shareholders, with each holding a 9.02% stake. K bank will use the new capital to develop new services such as its own credit scoring system.

After a long period of difficulty, K bank has grown exponentially by partnering with crypto exchange Upbit. Despite bitcoin’s volatility, K bank continues to draw new users eager to trade crypto. Its deposits reached 4.68 trillion won by the end of April. K bank still has a long way to go to catch up with Kakao though. Korea’s largest neobank has 23.2 trillion won in deposits.

More in this category: « No great loss: Sea Group has a cracking Q1 Malaysia’s digital banking race intensifies »
back to top
© 2007 - 2021 Kapronasia