Digital banking heats up in Indonesia 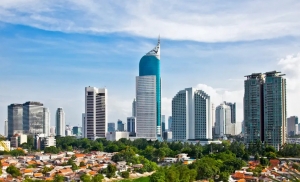 Amid a digital banking craze that is sweeping much of the world, it has become fashionable for big incumbents to claim they are, in fact, digital banks, or at least as digitally adroit as their branchless counterparts. The truth is usually more nuanced. However, in Indonesia, Southeast Asia’s largest economy and most populous country, incumbents really can become digibanks. They just need to be acquired by tech companies or other deep-pocketed investors and rejigged.

Indonesia’s digital banking market has heated up considerably as demand for online banking services grows. A recent McKinsey report found that 78% of Indonesians use digital banking (via a mobile banking app or web-based) at least once per week, up from 57% in 2017. 55% of respondents say that they cash for less than 30% of transactions per week and 80% expect to maintain or increase their level of digital banking in the future.

At the same time, Indonesia’s Financial Services Authority (OJK) is honing regulations to allow both greater market participation by foreign investors and ensure that digital lenders are appropriately capitalized. Rules promulgated in August allow foreign entities to hold up to 99% of a local lender, compared to a much stricter previous foreign ownership limit of 40%. Further, the OJK recently raised the capital requirement to set up a new bank to a minimum of 10 trillion rupiah (US$695 million) from 3 trillion rupiah.

The evolving regulations (even before August) make it much easier for deep-pocketed foreign tech investors to acquire Indonesian incumbent lenders and turn them into digital banks. A case in point is Sea Group’s acquisition of Bank BKE in February 2021. The OJK recognizes that the funding and know-how of such investors are necessary to give full play to the potential of the country’s digital banking sector.

While local companies are also involved in the recent M&A activity, they are sometimes backed by foreign VCs. For instance, in late November, SoftBank-backed Indonesian investment app Ajaib spent 745 billion rupiah (around US$52.2 million) for a 24% stake in Bank Bumi Arta, becoming the bank’s second-largest shareholder. Ajaib purchased 554 million shares in the bank from three existing shareholders – Surya Husada Investment, Dana Graha Agung, and Budiman Kencana Lestari – for 1,345 rupiah (around US$0.09) per share.

Ajaib became a unicorn in October following a Series B round that raised US$153 million. It is Southeast Asia's first investment app unicorn and the seventh Indonesian company to confirm it has reached a valuation of US$1 billion in private markets.

More in this category: « Philippine digital banks could be real disruptors Southeast Asia Banks’ New Year’s Resolution: Stay the course on digitization »
back to top