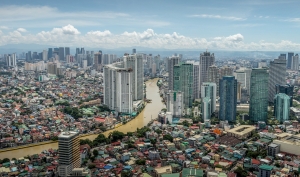 The Philippines is determined to speed up financial inclusion through digitization. By 2023, the BSP aims to digitize at least 50 percent of total retail transactions and bring 70% of Filipino adults into the formal financial system. To that end, it introduced guidelines for digital banks in December 2020 and has thus far received two applications. The rules require licensees to hold at least 1 billion pesos in capitalization, operate a head office in the Philippines and offer only-only banking services. Licensees are not permitted to set up physical branches. The review process will likely carry on through 2021, with the winners being announced on a rolling basis. Yet some fintechs are determined to enter the market earlier.

Prior to the guidelines announced by the BSP last December, it was technically possible to operate as a digital bank in the Philippines by holding a rural banking license. Singapore-headquartered Tonik Bank received one of the latter in February 2020 and launched in March 2021. Tonik is reportedly now in the process of converting the rural bank license to a digital bank license.

“Tonik Bank was licensed as a rural bank. It will transition to a digital bank by among others, complying with the P1 billion minimum capital requirement,”  BSP Deputy Governor Chuchi G. Fonacier told Manila Bulletin.

Tonik sees a big opportunity in a country of 107 million people where about 70% are unbanked. Its leadership has cited low interest rates on deposits and a cumbersome onboarding process as reasons the market is ripe for disruption. The pandemic has also hit the Philippines hard, reducing the ability of people to safely visit bank branches.

To make itself stand out from the incumbent digital lenders, Tonik offers up to a 6% per annum deposit interest rate, which it says is the highest in the country. Group stashes, meanwhile, enable at least three people to put money in a shared stash and earn as much as 4.5-percent interest per annum. Tonik said the accounts could be topped up through interbank, debit card or cashing-in at close to 10,000 retail agents nationwide.

While those high interest rates should certainly generate interest in Tonik, they  will not be tenable for long, regardless of what the neobank says about its technology reducing costs. At present, Tonik only offers deposit, payment and card products, and is not able to generate income from lending.

Meanwhile, Overseas Filipino Bank (OF Bank), a subsidiary of government-owned Land Bank of the Philippines, received a digital banking license from BSP in early April.

More in this category: « Can Razer still become a digital bank? Singapore looks to carve out green finance niche »
back to top