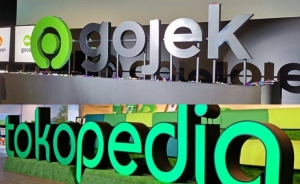 Gojek and Tokopedia are Indonesia's two most valuable startups and preeminent tech firms. Merging the two unicorns, with their mostly complementary services, makes a lot more sense that combining Gojek with its arch-rival Grab. While Grab-Gojek talks dragged on for months, Gojek and Tokopedia will not waste any time. They do not want to fall farther behind high-flying Sea Group, which is outperforming the Indonesian companies on their home turf.

Tencent-backed Sea built a lean digital services ecosystem of gaming, e-commerce and fintech that is an ideal testing ground for a digital bank. All three units can feed both retail and SME customers into a digibank. With Shopee growing briskly in Indonesia, Sea thus acquired Bank BKE and plans to turn the Indonesian lender into a digital bank, according to the country's banking regulator.

There is an enormous potential market up for grabs, exceeded in Asia only by India. Half of Indonesia's 270 million people lack bank accounts, but most have smartphone.

Indonesia's Financial Services Authority plans to prepare regulations for digital banks by mid-2021. Capital requirements for digital lenders are likely to be 3 trillion rupiah ($213.64 million). Sea, which raised US$3 billion on the NYSE in December alone, can easily meet those requirements.

Gojek recently acquired a 22% stake in a local lender of its own - Bank Jago - for US$159 million and plans to integrate its services with the incumbent bank's. But Gojek could have trouble capitalizing a digital bank if it remains a loss-making private company. Meanwhile, ride hailing and food delivery offer limited capability to attract banking customers.

By merging with Tokopedia, Gojek would introduce e-commerce into its ecosystem and be better able to leverage the network effect to the benefit of its fintech business. The merged entity could bundle e-commerce and banking services for Indonesian SME customers.

The potential benefits of the merger outweigh the downside. Gojek and Tokopedia could swing to profitability and become one of Southeast Asia's leading platform companies. Competition would not be significantly reduced given that Gojek and Tokopedia only compete in the payments segment (Tokopedia has a stake in the e-wallet Ovo, as does Grab). To be sure, the tie-up could fail to produce a winner, but neither Gojek nor Tokopedia is winning anything right now.

The Indonesian central bank does have a rule against any single party owning a controlling interest in more than one licensed e-money issuer. In theory, that rule would be an impediment to the Gojek-Tokopedia deal since the new company would have controlling stakes in both Go-Pay and Ovo. However, it is possible the Indonesian unicorns could get a waiver from the government. Alternatively, Tokopedia could divest itself of Ovo ahead of the merger with Gojek.