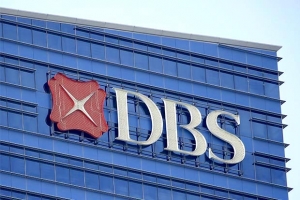 2021 is shaping up to be a pretty good year for DBS. Southeast Asia’s largest bank posted record earnings of US$1.52 billion in the January-March period, up 72% year-on-year. DBS generated record fee income in the first quarter, with especially strong growth in wealth management and transaction services, both of which hit new highs. DBS is not resting on its laurels though and plans to boost both its digital capabilities and international footprint.

For all the hype about Singapore’s digital banks, they face some of the strongest incumbents in Asia with DBS perhaps the best example. The Singaporean lender has long been focused on digitization. The pandemic has given it an opportunity to fast-track the process before any digital banks go live. In the first half of 2020, DBS moved more core services online, for instance making it possible for corporate customers to open accounts and apply for loans completely remotely.

In a September 2020 interview with McKinsey, DBS CEO Piyush Gupta said, “Our customer volume using these digital tools has gone up 30, 40 percent in some areas and 300, 400 percent in others.” While DBS still has several last-mile gaps, “COVID has allowed us to do another two years’ worth of digitization in a short time,” he added.

With the rise of digital assets, DBS plans to launch a full-service digital exchange for institutional and accredited investors. The exchange will provide security token offerings, digital currency exchange (including cryptocurrency trading) and digital custody services. The Singapore Exchange (SGX) will take a 10% stake in the DBS Digital Exchange.

DBS is also teaming up with Temasek and JPMorgan to launch Partior, a blockchain-based platform for payments, trade and foreign exchange settlement. Partior has the potential to be a game changer if it can help banks facilitate instant settlements of cross-border financial transactions.

At the same time, DBS is stepping up its international footprint, taking a 13% stake in Shenzhen Rural Commercial Bank (SZRCR) for RMB 5.29 billion. The deal represents DBS’s largest acquisition in China, a market that has vexed foreign banks for decades. Their share of assets in China fell 1.2% in 2020 from 1.8% in 2010, according to McKinsey. DBS was able to able acquire Shenzhen Rural Bank following Beijing easing restrictions on foreign ownership in the financial services sector.

The Singaporean lender sees the stake in SZRCR as a strategic move that will allow it to tap market opportunities in the massive Greater Bay Area, a 56,000-square kilometer area home to 72 million people. SZRCR is profitable – it earned RMB 4.8 billion in net profit after tax for the year ended Dec. 31, 2020, according to a press release – and has 5 million active retail customers as well as 170,000 active corporate customers.

More in this category: « Why is Citibank scaling down in Asia? South Korean banks feel pressure from fintechs »
back to top