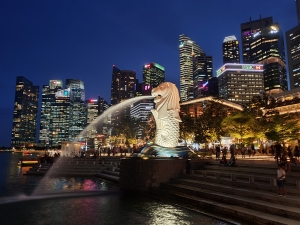 Three Chinese tech giants are competing for digital wholesale bank licenses (DWB) in Singapore: Ant Group, Xiaomi and ByteDance. Ant Group applied for the license alone, while Xiaomi (with AMTD) and ByteDance lead respective consortia. Prior to its abortive IPO, Ant had been widely considered one of the top candidates for a DWB. Ant's online banking experience far outstrips that of Xiaomi or ByteDance. However, China's crackdown on microlending could a deal a blow to Ant's prospects.

Shortly after its IPO was suspended, Ant Group said that it planned to continue with its bid for a Singapore digital bank license. That was not a surprise. Ant would be unlikely to jettison the bid unless it faced regulatory pressure in China to reign in its overseas business. Thus far, there is no sign of such pressure. With that in mind, Ant may as well stay the course and leave the decision up to the Monetary Authority of Singapore (MAS).

For its part, the MAS has sought to downplay any potential knock-on effects from China's microlending crackdown on Singapore's digital banks. “Regulatory tightening that’s happening in China will not have an impact on the digital banks here,” Ravi Menon, managing director of the Monetary Authority of Singapore, told Bloomberg in a recent interview.

While Ant certainly has not been disqualified from Singapore's digital banking race, neither the company nor the MAS can control market sentiment. Winning customer trust is paramount for digital banks. That could be tough for a company whose long-anticipated blockbuster IPO was nixed at the 11th hour, in a non-transparent manner. Nobody could blame people for being concerned about the stability of that digibank.

ByteDance finds itself in a shaky situation as well, but for different reasons. The company is under intense pressure from the outgoing Trump administration to sell off TikTok's U.S.'s business and avoid a ban. The deadline has now been extended to December 4. Should a ban occur, it could hurt ByteDance's overall finances, making it a less promising prospective digital bank. Even if ByteDance eschews a ban and continues operating in the U.S., the tech cold war between Washington and Beijing will drag on.

In contrast, Chinese smartphone maker Xiaomi looks like a safer bet as a digital bank. Xiaomi has no notable geopolitical travails. It has more pedestrian problems - like perennially thin profit margins due to its heavy reliance on smartphone sales. Xiaomi hopes that digital banking can give it a new source of higher margin growth in services. Earlier this year, Xiaomi launched Airstar Bank in Hong Kong with AMTD.

Xiaomi has about a 6% share of the Singapore smartphone market and could potentially tap the data of its smartphone customers in the city-state to build tailored digital banking solutions.

More in this category: « Judo an outlier among Australia's neobanks Big platform companies prevail in Singapore digital banking race »
back to top