WeLab looks to stand out among Hong Kong's virtual banks 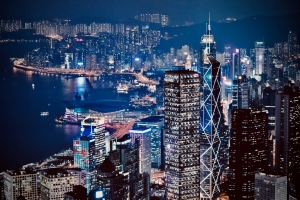 Hong Kong's eight virtual banks largely represent vested banking and tech interests in the city. Most of the newcomers are actually oldcomers if you stop to think about how well established they are outside of Hong Kong's nascent digital banking segment. WeLab, a Hong Kong-based fintech startup, is the exception. Founded in 2013 by ex-Citibank executive Simon Loong and two other partners, the company has steadily grown over the past seven years, and says it now has 40 million customers and disbursed more than HK$50 billion in loans in Hong Kong, mainland China and Indonesia. WeLab's Hong Kong virtual bank went live in July.

WeLab is the third Hong Kong virtual bank to launch after ZhongAn Insurance-backed ZA Bank and Xiaomi-backed Airstar Bank. They are entering the worst market conditions in recent memory: Hong Kong has been mired in recession since late 2019, is struggling with political troubles, and is battling a surge of coronavirus community transmission that is forcing authorities to take the most stringent measures yet to contain the disease.

So on the one hand, things couldn't get much worse. On the other, perhaps virtual banks, with their low overhead and digital agility, can find an opportunity in this crisis and rapidly acquire customers eager for a banking experience rooted in their smartphones and not physical branches.

WeLab, like Hong Kong's other virtual banks, reckons that promotions are the best way to speedily bring customers onboard. The first 10,000 customers to open a WeLab account can enjoy a three-month 4.5% promotional interest rate on their deposits of up to HK$50,000.

It's a similar tactic that both ZA Bank and Airstar used. ZA Bank's first 50 customers got a 6.8% interest rate, while Airstar offered a 3.6% rate on savings deposits to new customers for deposits of up to HK$20,000.

WeLab is also providing a "numberless debit card" that can be used to withdraw cash from more than 2,000 ATMs in Jetco's network, the largest in Hong Kong. Users of the debit card can receive up to 8% cashback on spending of up to HK$3,000 with the card until the end of August.

"We see the physical WeLab card as a medium that enables the customers to perform different activities. You can use it as a debit card to access the ATM today but this is just the beginning...it may also become the access card to the office, gym, carpark or even a credit card, all combined into one," Adrian Tse, chief executive of WeLab Bank, said in a statement.

While WeLab's current offerings appear fairly standard for a digital bank, it has a few factors working in its favor. Firstly, it doesn't have to make a jump from something else (such as smartphones or insurance) to banking, like some of its competitors in Hong Kong. WeLab has always been a fintech. Secondly, its finances are in good shape. The company has been profitable since 2017 and is well funded, having raised a total of US$580 million from investors including Alibaba, ING Bank, China Construction Bank, IFC and Sequoia Capital. Thirdly, its AI-enabled technology is designed for digital banking. It has no burdensome legacy IT infrastructure.

With that in mind, WeLab may be better poised than many of its competitors to roll out innovative digital banking products, first in Hong Kong, and perhaps eventually in the rest of the Greater Bay Area, a market of 69 million people that also includes Macau and nine Guangdong Province cities.