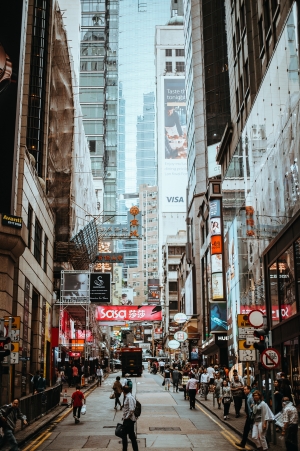 In April, the Hong Kong-based fintech startup WeLab quietly won the former British colony's fourth virtual-banking license. Founded in 2013 by ex-Citibank executive Simon Loong and two other partners, the company has steadily grown over the last six years. It now has 30 million customers in Hong Kong and mainland China as well as a staff 600 strong. The company expects to launch its virtual bank - named WeLab Digital - between October and January.

Among the arrivals to Hong Kong's fledgling virtual-banking market, WeLab is notable for being the only one endemic to the city. Given that Hong Kong has struggled to cultivate startups of note - and not just in fintech - it's a badge of pride for the company. WeLab even has a former senior government official serving as its chairman: Chan Ka-keung, who was Hong Kong's Secretary for Financial Services and the Treasury from July 2007 until June 2017.

That said, there's nothing immediately distinctive about the WeLab business model. Founder Loong told Asia Money in June that his focus has always been to develop "a technology-based banking experience" in which meeting face to face is no longer a requirement and everything is done online. There are no physical branches. That sounds like every other idea for a virtual bank that we've heard.

That's a fancy way of saying WeLab uses some AI algorithms to help it make fast and hopefully correct decisions about a loan applicant's creditworthiness. Again, that sounds like almost any fintech involved in lending.

To be sure, WeLab has had some success, but mostly as an online lender for customers in mainland China. That's where most of its 36 million registered users are located. WeLab is second only to Ping An as an online lender in the Greater China region. WeLab's market niche is small loans to individuals of roughly $1,200, lower than what banks usually dole out, according to Asia Money. 1/3 of the loans approved are used for personal debt consolidation while the rest go to education, investment, travel and household goods.

Meanwhile, WeLab has licensed its technology to Chinese banks, which are not known for being fintech forward. It's "a win-win " - as Beijing would say - since WeLab can earn revenue from its technology while traditional Chinese banks can purchase fintech solutions that they wouldn't be able to design themselves.

But what about the Hong Kong virtual-bank market? On its home turf WeLab faces not just incumbents like HSBC and Standard Chartered but also a formidable group of native digital competitors that includes Ant Financial's ANT SME, Ping An's One Connect and joint ventures backed by Tencent, JD.com and Xiaomi, respectively.

WeLab has deep pockets - it is backed by the likes of Sequoia, Alibaba, ING Bank and IFC - but so do its competitors. To win market share in Hong Kong's virtual banking market, the company will have to do more to differentiate its products from the competition, especially when its competitors have enormous consumer-facing tech platforms that they can tap to attract business.

More in this category: « Can virtual banks give HSBC a run for its money in Hong Kong? Taiwan P2P will be a useful supplement to financial industry »
back to top