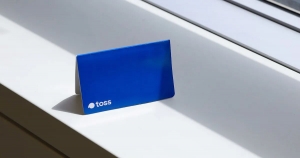 South Korea’s Toss Bank is experiencing exponential growth amid strong demand for digital financial services and weak digital offerings from incumbent lenders. From the time of its launch in October 2021 through the end of June, online bank had opened 3.6 million accounts. Toss has added 2.5 million accounts this year, a pace of growth that more than doubles its first three months of operation, when it signed up 1.1 million customers. Further, Toss’s loan books have reached 4 trillion won.

Toss is not the first digital lender to seemingly walk on water in South Korea. Kakao Bank reached profitability just two years after its launch, continued to sign up new customers at a terrific speed and listed triumphantly on the Korea Stock Exchange in August 2021. Kakao’s market capitalization reached a high of 40 trillion won and it was briefly one of the most valuable financial services companies in the country.

However, Kakao has not been able to live up to overly lofty investor expectations and has lost about 55% of its market capitalization since the IPO about a year ago. Kakao pitched itself to investors as a super app in the mold of China’s WeChat. While that business model has its advantages, especially in the ability of a fintech platform to bring over users from a messaging service, it devotes less attention to financial services than Toss Bank, which has always been a fintech company first.

Toss’s owners seem to have realized it can distinguish itself from Kakao this way and the company reportedly plans to focus on building its brand as “a total financial platform and global fintech firm.” The “total financial platform” sounds like a reworking of Toss’s previous “financial services super app” idea. It’s just that super apps are no longer darlings of investors, so the language needs to change.

As for being a global fintech, that sounds intriguing. In March, Toss’s parent company Viva Republica said it was planning to raise up to US$1 billion from international investors in the second quarter which it would use for expansion in Asia. Toss has offered money transfer and debit card services in Vietnam since 2019 and now plans to expand to Indonesia, Malaysia, Thailand, the Philippines and India. Given how competitive those markets are, we are not exactly sure where Toss fits in, but there is plenty of low-hanging fruit in Indonesia and the Philippines.

At the same time, Toss appears to be in no rush to go public, with an IPO not expected before the second half of 2023. This is understandable given market conditions. For now, Toss is focusing on attracting more investment in private markets. Inn a regulatory filing, the company said it will issue a total of 15 million common shares and 5 million convertible stocks at a price of 5,000 won per share. With the stock offerings, Toss Bank's total paid-in capital will amount to 950 billion won. Since its launch, Toss Bank has sold stocks worth 600 billion won to beef up its capital base.

More in this category: « How is Rakuten Bank’s IPO shaping up? Digital lenders shake up the Philippine banking market »
back to top