Can the Philippines exit the FATF grey list soon? 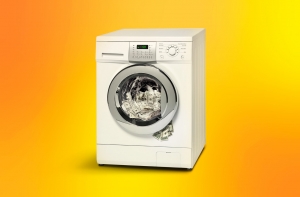 No country likes to end up on the Financial Action Task Force’s (FATF) grey list. It means that FATF has determined a country’s anti-money laundering (AML) and/or counterterrorism financing (CFT) controls are somewhat deficient. It could be worse – they have a black list too – but that is reserved for the likes of North Korea. The Philippines has been on the FATF grey list since June 2021 and is hoping to exit by January 2023. But it will not be an easy task given persistent concerns about the country’s Bank Secrecy Law, inadequate regulation of the casino gaming sector and seeming reluctance to use the law to fight financial crime more aggressively.

In late August, Bangko Sentral ng Pilipinas (BSP) Senior Assistant Governor Elmore O. Capule noted that the country’s current Bank Secrecy Law restricts regulators’ ability to investigate account information. The law would need to be amended to allow the BSP to access a wider variety of data and records, he said at a meeting of the Senate Committee on Banks, Financial Institutions and Currencies. Of particular concern is the fact that the current law restricts the ability of the central bank to view bank deposits. This is highly uncommon, he said.

Capule noted that the Philippines has had cases in which bankers commit fraud and try to hide the proceeds of these illicit funds in their own bank accounts, but it cannot be proven easily because the BSP cannot access the necessary information. That is “very troubling because the bankers are supposed to protect the money of their depositors. And yet, because of this bank secrecy, we are allowing them to use that law to protect their illegal activities,” he said.

Under the BSP’s proposal to amend the law, the country’s Monetary Board would have the exclusive right to order opening and investigating an account considering three grounds: fraud, serious irregularity, and unlawful activity being committed by the concerned people.

In addition to the Bank Secrecy Law, the Philippines’ lightly regulated casino gaming sector is another concern when it comes to financial crime. The IMF in a 2021 report said that the sector is insufficiently supervised and monitored. In a June report, the IMF said that the Philippine casino industry is a “moderate risk” that impacts how the world views the country. It contributes to the opinion that the Philippines doesn’t do enough in terms of AML and CFT.

In July, Philippine Amusement and Gaming Corp (PAGCOR) said that it would introduce new rules for junkets in the country which will place greater responsibility on the shoulders of casino operators. This will make them more accountable for their junket partners’ actions.

Ultimately, it is in the Philippines’ interest to get tougher on financial crime, though certain vested interests will be disrupted in the process. Otherwise, reputational risks could impact relevant banking relationships and limit access to global markets by Philippine banks. It may also reduce the flow of international money transfers. This could result in a decrease in the Philippines peso’s value.

More in this category: « How worried should Malaysia’s incumbent lenders be about digital banks? Alibaba is betting big on Indonesia's digital financial services market »
back to top