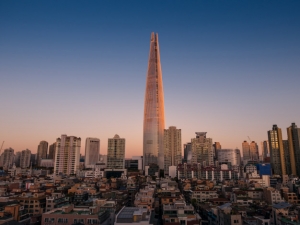 K bank was the first neobank to be licensed in Korea, back in April 2017. Unlike its successful competitor Kakao Bank, it has struggled to reach profitability. K bank hit the pause button in April 2019 as it could not secure new funding. In fact, investors sought to give K bank a new capital injection, but ran into regulatory roadblocks. South Korea's antitrust agency the Fair Trade Commission (KFTC), prevented telecoms giant KT from becoming K bank's majority shareholder, citing KT's violation of antitrust laws. According to Korean law, corporate entities are barred from taking a majority stake in a financial firm if they have broken antitrust laws in the preceding five years.

In early June, The Korea Herald reported that K bank and its backers have a new fundraising plan that should meet regulatory requirements. Under the plan, BC Card a credit card processing firm that is a KT affiliate, will become the majority shareholder after taking KT's 10% stake and then acquiring an additional 24% of K bank. Additionally, Woori Bank, which currently holds a 14% stake, will buy 260 billion won ($217 million) of new K bank shares, bringing its stake to 22.8%.

When K bank does resume operations, it will be fighting an uphill battle. Its rival Kakao has the advantage of a strong brand and the popular messaging service KakaoTalk, which has about 45 million users among a population of 52 million.

Unlike most neobanks, Kakao Bank managed to reach profitability in just two years. From January-September 2019, Kakao Bank booked net profit of 15.4 billion won ($13 million), while K bank posted a net loss of 74.2 billion won, according to the Korea Federation of Banks.

Kakao Bank scored a major victory in Nov. 2019 when its parent company Kakao Corp became the virtual bank's majority shareholder, the first instance in Korea of a non-financial firm holding a majority stake in a bank. That change allowed Kakao Bank to issue new shares worth 500 billion won and increase its paid-in capital to 1.8 trillion won.

K bank will also be competing in the future against fintech unicorn Viva Republica's Toss Bank, which received its digital banking license in December. Toss broke even for the first time in April. Toss has built a following by offering customers a wide array of digital financial services in its app. K bank needs to differentiate itself or risk being left behind in Korea's digital banking race.

More in this category: « Tie-up with Facebook and PayPal could accelerate Gojek's super-app push Hong Kong's banking giants move to fend off digital upstarts »
back to top