Can Singapore stay ahead of financial crime? 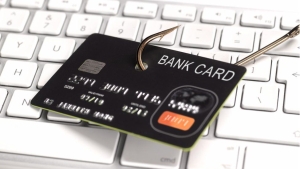 Ever since news of the 1MDB scandal broke, Singapore has been on heightened alert for financial crime. As Southeast Asia’s premier financial hub, it faces certain risks. In the past few years, it has been grappling with a rise in digital financial crime that has dovetailed with the timeline of the coronavirus pandemic. While online scams and phishing remain a vexing problem, the city-state now also has to contend with bad actors in the cryptocurrency sector in which it has invested considerable resources.

Though the pandemic is ebbing, the online scams that began surging in early 2020 have yet to sharply drop. S$346.6 million was lost in scams from January-June 2022, up from S$225.5 million during the same period a year ago, according to Singaporean police records. Further, the total number of scams rose sharply to 14,349 from 7,746 a year earlier. Victims were bilked most often in job, phishing, investment and e-commerce scams, police say.

Singapore set up an Anti-Scam Command (ASCom) in March to better coordinate efforts to tackle this type of crime. It has had some success recovering stolen funds this year, though not the majority. The Anti-Scam Center, which is part of ASCom, reportedly froze more than 7,800 bank accounts and recovered close to S$80 million in the first half of the year, about 31% of the total amount that scammers swindled out of victims.

A more challenging – though less frequent sort of digital crime – is cyber extortion. About S$754,000 was lost in such cases, which sometimes involve criminals capturing victims in compromising poses. Criminals use the footage and/or images to extort money from the victims. Unlike victims in most scams, people involved in such cases may be reluctant to cooperate with authorities as doing so can be embarrassing.

Meanwhile, beyond such overt financial crime, Singapore is also grappling with the challenges that come with its bid to become a cryptocurrency hub. Do Kwon, founder of the late crypto operator Terraform Labs and a wanted man in 195 countries with an Interpol Red Notice  – a lot of people are unhappy about the US$60 billion lost in the collapse of Luna and UST – registered his company in the city-state and Korean prosecutors believe he traveled there in April. In late September, Kwon seemed to indicate on Twitter that he was located in Singapore and said he was not trying to hide. Yet Singaporean authorities say he is not in the country.

Aside from alleged criminal violations in his home country, where one person has already been arrested in connection with his operations, Kwon also faces class-action lawsuits in the U.S. for “running a Ponzi scheme.” South Korean authorities said on October 6 they had begun the process of canceling Kwon’s passport.

It’s not just Kwon that is a problem for Singapore. Three Arrows Capital, the crypto hedge fund that imploded in June, was also previously registered in the city-state. The Monetary Authority of Singapore (MAS) has admonished Three Arrows for providing false information and breaching certain asset management thresholds, though it is unclear what action the regulator can take against the perpetrators. The whereabouts of Three Arrows’ co-founders Su Zhu and Kyle Davies are currently unknown.

The MAS has noted that none of these disgraced companies were licensed under its Payment Services Act and thus do not fall under Singapore’s regulatory jurisdiction. Be that as it may, reputational damage could occur should the city-state be perceived as taking an overly technical and/or laissez-faire approach to a nascent and mercurial industry.

More in this category: « Assessing digital banking strategies in advanced Asia-Pacific economies Why do Australia’s big four banks keep getting bigger? »
back to top