Can P2P lending thrive in Indonesia? 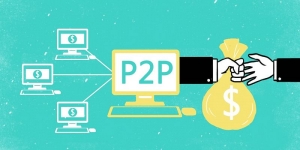 P2P lending is one of the fastest growing fintech segments in Indonesia. Demand for credit in Southeast Asia's largest economy is strong while its availability to most Indonesians through the traditional banking system is limited. Indonesia has tens of millions of people who are either underbanked or unbanked. Either way, they cannot easily get a bank loan. P2P platforms offer a convenient alternative. As of October 2020, Indonesia's online lenders had disbursed Rp 56.16 trillion in new loans, up 24% year-on-year, while the NPL ratio was 7.58%, according to data compiled by the country's Financial Services Authority.

Compared to Indonesia's incumbent lenders, its P2P platforms have a high NPL ratio. In October 2020, Indonesian banks had an NPL ratio of just 3.1%, according to Fitch Ratings.

Yet some P2P lenders are better than others at evaluating borrowers' creditworthiness. As a result, they have very few non-performing loans. For instance, KoinWorks, one of Indonesia's largest P2P lenders (and also a "super financial app") says its NPL ratio is just 0.64%. On its website, KoinWorks says that it uses big data and machine learning algorithms to ensure that only qualified borrowers are granted loans.

KoinWorks had a banner year in 2020, defying the pandemic. It raised US$20 million in April and another US$10 million in May. As of November 2020, it had disbursed Rp 2.5 trillion in loans to SMEs, up almost 39% over the same period from a year earlier.

Modalku also did well last year. It raised US$40 million in a Series C funding round that closed in April. By late 2020 its loan books had grown to Rp 20 trillion, double the total at the end of 2019. Modalku has loan customers in Indonesia, Malaysia and Singapore. The company says the pandemic affected its loan portfolio (assumedly resulting in more defaults) but that its NPL ratio is still just 1%.

Compared to China, which was once the world's largest P2P lending market, Indonesia seems to be less prone to large-scale scams - at least so far. It was the proliferation of criminal activity in the industry, and the huge sums of money the thieves bilked from retail investors - rather than mass defaults by borrowers - that convinced Chinese regulators to crack down hard. Beijing chose to eliminate the industry rather than regulate it, much as it did with cryptocurrency.

Just as crypto moved over to Japan, where the government is building a regulatory regime for it, P2P lending can grow steadily in Indonesia, as long as Jakarta puts guardrails in place to minimize the possibility of Ponzi and pyramid schemes. Such regulatory action is essential to keep the industry healthy.

Meanwhile, investor appetite for Indonesian P2P lenders remains strong. Alami, which says it is Indonesia's largest licensed shariah P2P lender, raised US$20 million in January, while Akseleran is reportedly seeking to raise up to US$20 million in its Series B round.

More in this category: « Hong Kong's virtual banks have their work cut out for them Asia's super apps will aim to cash in on fintech in 2021 »
back to top