Can NAB sort out its compliance shortcomings? 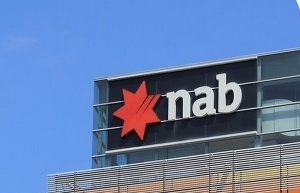 Australia’s Big Four banks have had their fair share of compliance travails in recent years. That much was made clear in the report produced by The Royal Commission into Misconduct in the Banking, Superannuation and Financial Services Industry. Since the report was published in 2019, Westpac and Commonwealth Bank of Australia have borne the brunt of fines issued for money-laundering violations. However, National Australia Bank (NAB) is now the one in AUSTRAC’s crosshairs.

NAB announced on June 5 that AUSTRAC had escalated its engagement with the bank for its failure to make substantial progress on regulatory compliance deficiencies more than five years after the problems were first identified. A letter from AUSTRAC to NAB said that the regulator’s enforcement team had launched an investigation into five of the bank’s entities: JB Were, WealthHub Securities, Medfin Australia and AFSH Nominees.

Now that AUSTRAC is investigating NAB, it is becoming clear that the bank’s compliance and risk management standards have not been up to par. There are plenty of leaked documents dating back to 2016 that do not paint a flattering picture of NAB’s approach to financial crime challenges, but comments by an anonymous whistleblower quoted by The Sydney Morning Herald (SMH) are especially troubling: “It [NAB] shows a reckless, wanton indifference to what their regulatory obligations are,” he said. “NAB’s modus operandi has always been to deny, deflect and defend.”

The question now is, can NAB ameliorate its compliance issues without incurring a heavy penalty from regulators? Perhaps it can, if its “Project Apollo” bears fruit. According to The Age and The Sydney Morning Herald, the project focuses on reviewing hundreds of thousands of problematic customer profiles “with the aims of deleting duplicate accounts and debanking high-risk customers.” Former NAB staff have said it is common to find bank accounts with falsified identification documents and incorrect personal information, including country of residence or occupation, which creates major red flags for complying with anti-money laundering laws.

Legacy IT systems are not helping matters either. The bank’s core technology systems are reportedly more than 20 years old, requiring analysts to manually scour years worth of bank statements to identify suspicious transactions once a customer has been reclassified as high-risk.

Besides Project Apollo, NAB has another ace up its sleeve: The bank has managed to hire former AUSTRAC CEO Paul Jevtovic, who will leave his position at HSBC in Hong Kong to join the Australian bank. At HSBC, Jevtovic serve as regional head of money-laundering reporting and head of financial crime since early 2017.

NAB is hoping that Jevtovic can help it avoid a similar fate as Westpac and CAB, both of which paid enormous fines for breach of AML/CFT laws. Although AUSTRAC is not yet considering penalty proceedings for NAB, the regulator said in its letter to the bank that it had “serious concerns” about the bank’s ability to comply with the law and its know-your-customer obligations.

More in this category: « P2P lenders in South Korea clear hurdle with successful registration What are the prospects for Singapore’s digital banks? »
back to top