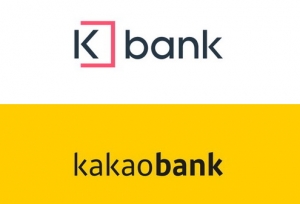 South Korea's challenger banks face an increasingly tough competitive and regulatory environment despite having accrued a considerable user base. Kakao Bank, operated by Korean mobile messaging giant Kakao, and K bank, led by telecommunications firm KT, aim to offer a wider array of banking services, but past missteps could prevent them from securing the approval of Korea's Financial Supervisory Commission (FSC). At the same time, several new virtual banks are expected to enter the Korean market later this year.

Korea's internet banks could be more profitable if they were better capitalized. A recent change to Korea's banking regulations that allows tech firms to be majority stakeholders in internet banks would allow Kakao and K Bank to inject more capital into their respective businesses, but approval is far from a sure thing.

The Korea Herald notes in an April report that "prospects of approval remain uncertain, as their [Kakao and KT's] past and recent fair trade violations could hurt their ownership eligibility."

Korea's Fair Trade Commission (FTC) recently fined KT and Korea's other three telecom giants 13.38 billion won ($11.54 million) for collusion in a circuit line business project. Further, the FTC named KT as "the central perpetrator" and plans to refer the company to the prosecution.

As a result, the FSC said it would wait to review KT’s application to increase its stake in K bank "until the investigation concludes, trials are held and verdicts are reached."

Meanwhile, Kakao is in trouble too. The FTC fined Kakao 100 million won in 2016 for fixing the prices of online music content, in violation of fair trade regulations. Further the company's founder and Chairman Kim Beom-su is currently on trial for violating the Fair Trade Act. Kim is alleged to have withheld information about the shareholding structure of five of Kakao's subsidiaries.

Some analysts say that the FSC shouldn't be using adherence to fair trade regulations as the criteria for evaluating a company's readiness to operate virtual banks. The FSC responded to this criticism with a statement defending its reasoning. “The clause stipulating the eligibility of an internet-only bank’s majority stakeholder was determined and included in the special law on internet-only banks through a deep, prolonged discussion,” the FSC said.

The arrival of new internet banks in the Korea market will put even more pressure on Kakao and K bank. A consortium led by Viva Republica and another by Kiwoom Securities have applied for licenses to operate internet banks.

We don't expect any of Korea's internet banks to become profitable until the regulator gives them more room to grow, and that means trusting technology - or telecom - companies to conduct banking services, regardless of past regulatory missteps. Korea could do well to learn from China in this regard. To be sure, China has a much larger domestic market, making it easier for businesses to scale, but its regulators have also shown more flexibility when it comes to internet finance.

For instance, the Web-only WeBank, backed by internet giant Tencent, earned a profit after just one year of operation thanks to strong microloan demand from small and medium-sized enterprises. In 2017, WeBank posted a profit of RMB 1.4 billion (US$209 billion) WeBank is currently valued at roughly US$21 billion, placing it among the world's preeminent unicorns. WeBank could never have been so successful if Beijing had put tight constraints on its lending business.

Similarly, Ant Financial-backed MyBank was in the black within a year. Using credit data from AliPay, MyBank speedily delivered loans to that same underserved segment of SMEs.

When it comes to internet finance, China is well ahead of almost anyone in Asia. Korean regulators would do well to borrow a page out of China's book if it they are serious about fostering challenger banks and a thriving fintech ecosystem.