Can Go-Jek be a fintech sensation? 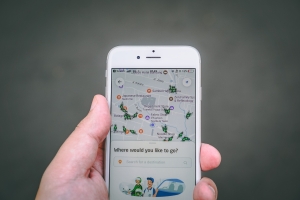 In Asia, digital wallets are increasingly where the money is for ride-hailing companies. Once they have a critical mass of customers using their app for taxis, the companies launch a suite of financial services people can access from the convenience of their smartphones. Didi Chuxing is going this route in China, while Singapore-based Grab and Indonesia-based Go-Jek are launching digital wallets across Southeast Asia.

Asean seems well suited for mobile wallets: Across the region, there is a sizable underbanked population, high rates of smartphone penetration and openness to mobile banking. Go-Jek's home market of Indonesia still prefers cash by a ratio of 99:1, but the scrappy unicorn isn't deterred.

Its Go-Pay mobile wallet arm plans to "strengthen and deepen" its fintech services, CEO Aldi Haryopratomo told CNBC in mid-March. Naturally, that will involve cooperation with banks, because Go-Pay could use their financial expertise. And of course, the incumbents want a piece of the growing pie. By some analysts' estimates, Indonesia's digital payments market could grow more than tenfold over the next five years.

So far, Go-Pay's fintech expansion is paying off. By December 2018, Go-Pay had nearly 4,000 merchant partners as the value of its transactions reached US$6.3 billion, The Jakarta Post noted.

“When you’re a player that grows from a very small ride-hailing company to something to become the number one of payments for Indonesia, obviously a lot of banks are going to pay attention,” Haryopratomo told CNBC.

It's not just the banks paying attention. Vying with Go-Pay for Indonesia's digital payments crown is Grab-backed Ovo and the state-backed mobile payment service LinkAja. LinkaAja will allow users to use QR codes to make cashless payments and will not require a bank account. Users will be able to top up balances at ATMs and convenience stores.

Despite rising competition, Go-Pay's prospects still look good in Indonesia. It has a first mover's advantage, and has been focused on fintech longer than its rivals. Go-Jek has friends in high places too. Among its partners is the Bank Indonesia, the nation's central bank, which granted Go-Jek an e-wallet license.

Outside of its home market, Go-Jek will have to work harder. Grab has a strong presence in the Philippines, one of the main markets Go-Jek has targeted for expansion. In January, Go-Jek spent $72 million to acquire the Filipino fintech startup Coins.ph in a bid to gain a foothold in the Philippines. Go-Jek has said all the right things about the deal - particularly that the acquisition will help boost financial inclusion in the Philippines - but regulators still will not grant the Indonesian company a ride-hailing license. The Philippines recently capped foreign ownership in ride-hailing companies at 40%, a requirement Go-Jek cannot meet.

More in this category: « How long will it take for Malaysia to go cashless? Regulators signal cautious support for Vietnam's P2P lending industry »
back to top