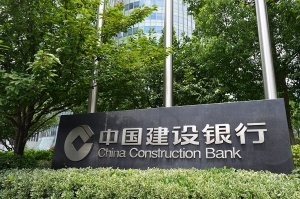 Given their strategic role in state financing, the Big Four won't easily lose market share to digital upstarts. But they still must find a way to strengthen their fintech capabilities to stay competitive in retail banking. Cooperating with China's big tech companies may be the best way to do that.

"The fintech boom in China is forcing banks to beef up their technology budget as they move to the next phase of digital transformation," Pan Guangwei, executive vice president of the China Banking Association, said at a forum in Shanghai in December. As the most fintech savvy of the Big Four, CCB is leading the way. In April CCB announced it would jointly build a fintech innovation lab with Shenzhen-based internet giant Tencent. Tencent's cloud-computing business unit will lead the project, which will make use of big-data analytics and artificial intelligence, the companies say.

CCB's tie-up with Tencent follows a move in 2017 to tap Alipay’s technology to boost boost issuance of online credit cards and other services. "In the future, the two sides will also achieve mutual recognition and scanning of two-dimensional codes and Alipay will support CCB's mobile phone APP payment," the companies said in a statement.

The China Banking Association's Pan said it would take time for Chinese banks to offer more digital-first services, particularly given their lack of tech talent. "Banks are in a weak position in terms of attracting [fintech] talents from large technology firms or retaining these talents after recruiting them," he said.