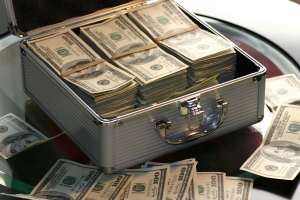 Cambodia has been on the gray list of the international financial crime watchdog FATF for several years due to its inadequate money laundering and counterterrorism financing (CFT) controls. Gray list designation requires additional levels of compliance for international financial transactions with the kingdom, which while not a dealbreaker for foreign investment in Cambodia, makes it more troublesome than in countries not on the list. As Cambodia emerges from the pandemic, it is eager to be removed from the gray list to help boost its Covid-battered economy, which contracted 3.1% in 2020 and grew just 2.6% in 2021.

Since being placed on FATF’s grey list in 2020, Cambodia has moved to strengthen its money laundering controls. One key step has been to move towards stricter regulation of its crime-ridden casino gaming sector. Cambodia has nearly 200 casinos, but its National Assembly only approved a draft law on commercial gaming management in November 2020. The draft law implemented controls to stymie money laundering and terrorism financing as well as monitor casinos, establish gambling zones and set forth minimum investment thresholds for a new casino.

To supplement the law, in August 2021 two sub-decrees were issued by the government to establish a new regulatory body, the Cambodian Commercial Gaming Commission (CCGC), to deal with licensing issues, issue guidelines, propose new regulations and resolve disputes. The decrees also introduced new minimum capital requirements for casino operators. Thereafter, new regulations were added to the original text to ensure its effective implementation.

Further, in June 2022, Cambodia enacted the Law on the Prevention of Money Laundering and Combating the Financing of Terrorism. The law is a response to both rising incidence of money laundering and human trafficking, crimes which both surged following the transformation of Sihanoukville in Preah Sihanouk province into a casino-resort hub.

While the establishment of this legislation is indeed a step in the right direction, it is only the first step. For FATF inspectors, the devil will be in the details: To what degree has the legislation been effectively implemented?

This especially applies to the Cambodian financial sector. It is unclear to what degree banks and other financial institutions in the country have improved their ability to combat illicit money flows. Cambodia Financial Intelligence Unit (CAFIU), the National Bank unit responsible for combating money laundering, said in 2020 that it had been “working very hard” to delist the country from FATF’s grey list but did not offer many specifics.

FATF inspectors will visit Cambodia in early 2023 to assess how much progress has been made on implementing the watchdog’s recommendations. Cambodian officials say that based on primary reports received from the National Bank of Cambodia and others, the Kingdom has made substantial progress in strengthening its money laundering controls over the past two years.

One way that FATF inspectors determine if a country’s AML/CFT controls are adequate is by analyzing prosecution of related crimes. Even if a country has enacted comprehensive legislation targeting financial crime, if there are few incidences of prosecutions the financial crime watchdog may be unsatisfied with the country’s progress.

Given the fall in international travel during the pandemic, Cambodia has had fewer opportunities to catch people illegally bringing large amounts of money into the country. However, in 2019, it did make some related high-profile arrests. According to The Phnom Penh Post, in 2019, Cambodia confiscated more than US$10 million in cash illegally imported by foreigners. In one instance, three Chinese nationals who were US$900,000 in cash in their luggage without any clear source were arrested. In another case, two Koreans with more than US$2 million in cash were arrested.

More in this category: « Startups are the losers of Asia's digital banking race Why Hong Kong's WeLab is thinking regionally »
back to top