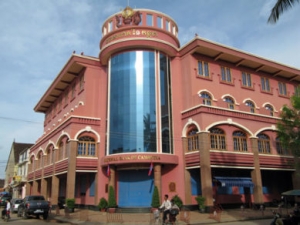 At the same time, Cambodia is working on a state-backed, blockchain-based peer-to-peer payment and money-transfer platform: Project Bakong, which currently is supported by 11 banks and was launched on a trial basis in July 2019. Bakong is adopting some of the same concepts as other central bank digital currency initiatives, but the Cambodian government is not currently depicting it as as a full-fledged alternative to the physical fiat currency, the riel. Bakong's permissioned blockchain will record transactions on a distributed ledger and process them in five seconds or less. Further, it will also be capable of working between both Bakong and traditional accounts.

Shoud it be a success, Bakong could help swiftly bring Cambodia's unbanked millions into the formal financial system. The platform will enable real-time fund transfers and instant payment transactions, while also making using use of QR code technology.

“Bakong will play a central role in bringing all players in the payment space in Cambodia under the same platform, making it easy for end-users to pay each other regardless of the institutions they bank with," NBC director Chea Serey told The Phnom Penh Post.

Bakong has another purpose besides financial inclusion: serving as a digital means to reduce Cambodia's dependence on the U.S. dollar, to which the riel has been long pegged. In May, the Cambodian government announced that it would phase out US$1, $2 and $5 banknotes by the end of August.

For now, as Bakong is not yet fully operational, the Cambodian government is encouraging its citizens to use the local currency rather than the greenback. According to the NBC, riel use is steadily growing. In 2019, riel circulation rose 33% year-on-year while deposits increased 37%. In contrast, the dollar deposit ratio fell 2%.

"De-dollarization should not be done overnight, as an autonomous monetary policy has to match the central bank's competency," Centre for Policy Studies (CPS) director Chan Sophal told The New Strait Times. "But it has to start with some practical steps."