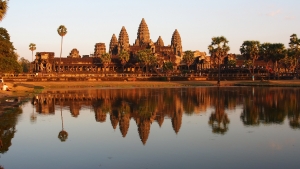 If Cambodia ends up on the EC's blacklist, it could spell trouble for the kingdom's economy and international image. In recent years, Cambodia has relied on foreign direct investment to help power rapid GDP growth. The Cambodian economy expanded at a rate of 7.1% in 2019, among the fastest in Asia.

In 2019, Cambodia attracted more than US$3.5 billion in FDI, a 12% annual increase over 2018. China accounted for 43% of the total while South Korea was a distant second at 11%, according to the National Bank of Cambodia (NBC). The majority of the FDI - about US$2.4 billion - was in the financial sector.

To address the concerns of the financial crime watchdogs, Cambodia must address a wide range of deficiencies in its ability to prevent money laundering. The government should investigate and prosecute money-laundering offenses more aggressively. After all, one of the reasons FATF put Cambodia on its grey list was that the kingdom had not at the time ever prosecuted a money-laundering crime. Further, authorities should confiscate proceeds of criminal activity.

Cambodia should also enhance risk management of the real estate, banking and gaming sectors. These industries are susceptible to money laundering anywhere, but especially in jurisdictions where compliance is not rigorous.

In mid-May, the Cambodian government approved two draft laws intended to strengthen the kingdom's ability to fight financial crime – one focused on anti-money laundering and terrorism financing, and the other proliferation financing. Before the draft laws can go into effect, they must be adopted by Cambodia's National Assembly, reviewed by its Senate and finally submitted to the King for promulgation.

"Cambodia needs to develop itself to get out of this grey list by adopting these two laws to restore investors’ trust,” Minister of Interior Sar Kheng told The Phnom Penh Post.

More in this category: « How did Judo become Australia's first neobank unicorn? Tie-up with Facebook and PayPal could accelerate Gojek's super-app push »
back to top