ByteDance pivots to fintech in Asia 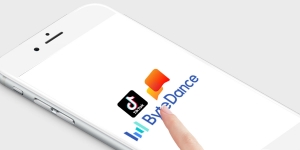 China's ByteDance is quietly deepening a push into fintech in Asia as the future of its U.S. operations hangs in the balance. ByteDance's popular short-form mobile video platform TikTok has become a major front in the U.S.-China technology war. Now more than ever, ByteDance needs to monetize its services. Fintech could be a way forward for the company, whose US$100 billion valuation makes it the world's most valuable startup in private markets.

"The acquisition is to supplement the existing major payment options, and to ultimately enhance user experience on our multiple platforms in China," ByteDance said in a statement provided to Reuters.

In China, Alipay and WeChat Pay control about 90% of the US$27 trillion mobile payments market, but the duopoly may not endure indefinitely. Besides, China's payments market is so large that even a small share would be sufficient for a digital banking newcomer.

The UIPay acquisition follows ByteDance obtaining a micro-lending license in July for the mainland China market and its application in Hong Kong for five financial licenses through its local subsidiary. The licenses would permit ByteDance to offer a wide variety of financial services in the former British colony, including the sale of securities and futures, foreign currency trading, and asset management services.

Beyond the mainland and Hong Kong, ByteDance is keen to establish a foothold in Singapore. From the city-state, ByteDance could build a regional digital banking ecosystem, perhaps initially focusing on cross-border payments. ByteDance reportedly applied for a Singapore digital bank license as the head of a consortium. The company has declined to comment on the matter though. According to Bloomberg, ByteDance plans to invest billions of dollars in Singapore over the next three years. The investment will fund the construction of a data center, among other things.

While ByteDance is a digital banking neophyte arriving late to the game, it has several advantages over other platform companies like Grab and Gojek transitioning to fintech. Firstly, video sharing is stickier than ride hailing. Users of TikTok (or Douyin as it is called in China) already spend plenty of time in the app creating, viewing and sharing video content.

At the same time, ByteDance is profitable - it reportedly made a profit of US$3 billion in 2019 - and does not have to deal with a loss-making ride-hailing unit.

Finally, ByteDance's ecosystem of digital services is steadily growing. In addition to videos, it offers news content in China through the aggregator Toutiao as well as games and e-commerce. Of its RMB 120 billion (US$17.2 billion) in revenue last year, 67% came from ads sold on Douyin.

Tags:
More in this category: « Singapore's banking heavyweights are ready for the challengers Is Grab's digital banking bet on the money? »
back to top
© 2007 - 2021 Kapronasia